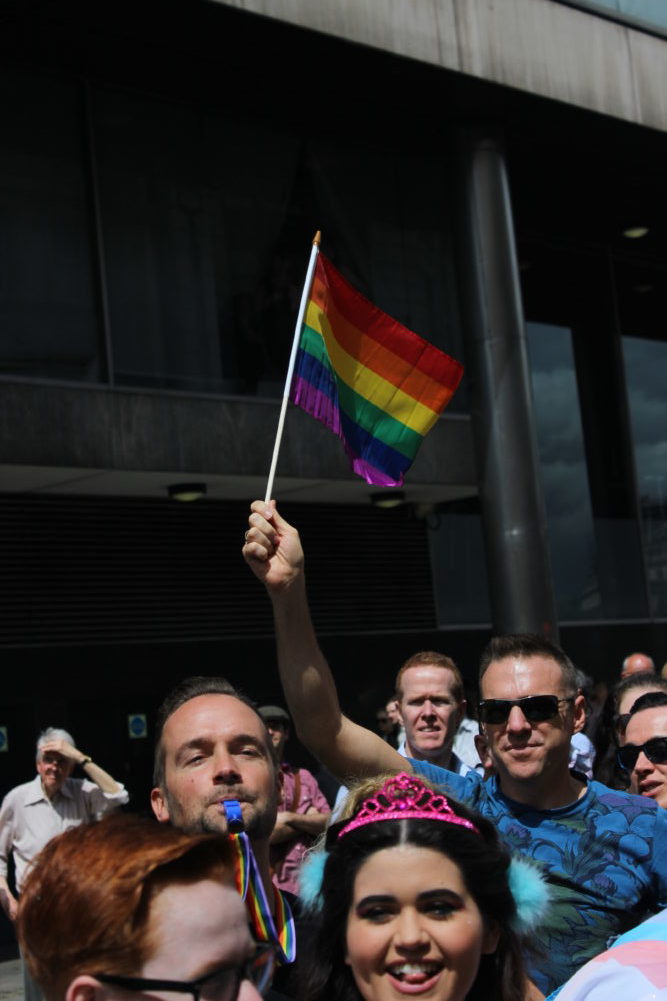 Warwick District Council have come under criticism after refusing to fly the rainbow flag during Warwickshire Pride.

The organisers of Warwickshire Pride have raised concerns with Warwick District Council after it said it would not fly the rainbow flag, at a town hall, during the county’s main pride event, which takes place in Leamington Spa on 20th August.

Daniel Browne, who founded Warwickshire Pride said that he wrote to the council to find out about the possibility of flying the rainbow flag during Warwickshire Pride. Mr Browne also enquired whether flags could be flown along Leamington Spa’s high street during the event.

A number of towns and cities across the UK, have raised rainbow flags to show their solidarity with the LGBT community after the Orlando massacre killed 49 people in June.

However, Councillor Andrew Mobbs, Leader of Warwick District Council replied that flags can only be flown for national events, not local ones. The leader remarked that this was not a new policy.

Spaces for flags on Leamington Spa’s high street are taken up by the Bowls Championships.

Further investigation by Mr Browne revealed that no such policy exists.

“On Friday 29th July, I was contacted by a local councillor. He informed me that he has discovered that Warwick District Council do not have a flag policy.

“This is deeply concerning, as Cllr Mobbs specifically mentioned a council flag policy in his original email to me.”

Across the UK there are around 62 prides, with the bulk of events taking place to celebrate the LGBT community in July and August.

The council have confirmed that there will be a flag flown, but only at the entrance of Jepson Gardens – directly opposite the pride site – but not at the Town Hall.

I did raise concerns that he had not addressed the rainbow flag flying at the Town Hall and I asked him some direct questions about it. I asked for an explanation of the flag policy so I can understand it a bit more, asked who was involved in the decision making, and also whether it means Cllr Mobbs does not recognise Pride as a national event.

“All we ask is that the LGBT+ community in Leamington Spa receive the same visible support that councils around the UK show to their communities for Pride. A small gesture would go a very long way.”

A petition has been launched in which the Warwickshire Pride organisers “ask that the LGBT+ community in Leamington Spa receive the same visible support that councils around the UK show to their communities for Pride. A small gesture would go a very long way.”

This isn’t the first case of a council deciding against flying a flag – Aldington near Oxford refused to fly a flag recently after a vote by the town’s council defeated the motion to fly a flag during Oxford Pride 2017.

In stark contrast, Pride flags were flown over Scotland’s parliament during Edinburgh Pride and Norwich’s town hall went to town with flags – and rainbow bunting on the front of its building.

THEGAYUK reached out to Warwick District Council for comment.