Who was evicted from Celebrity Big Brother last night? 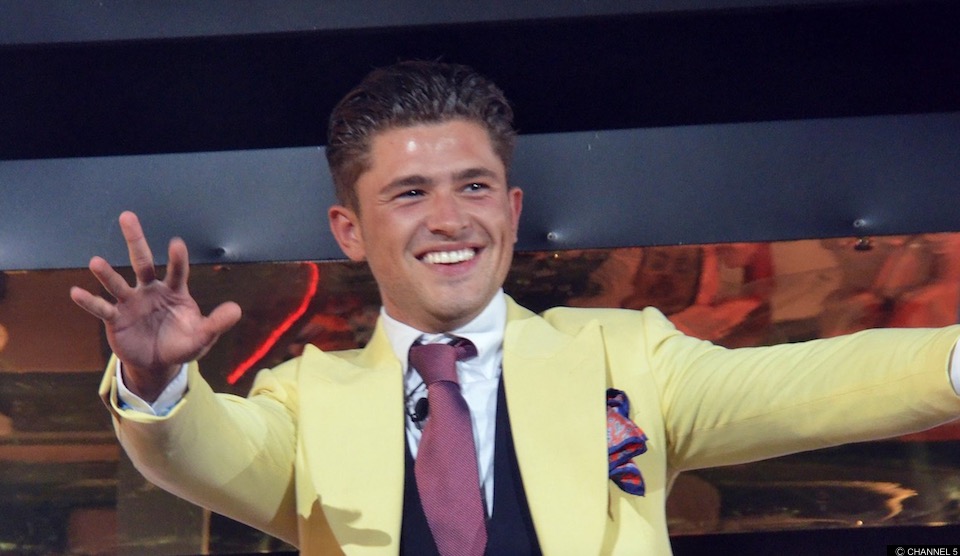 Yesterday saw the third eviction from the Celebrity Big Brother house, but who was left to face the crowds and Emma Willis’s questioning?

Since yesterday, the public have been voting to save JEMMA, SAM, HELEN or JORDAN. During tonight’s Channel 5 show, EMMA WILLIS announced live to the house that the person with the fewest votes, and third to be evicted, was JORDAN.

Following the announcement, he said his goodbyes and immediately left the house, greeted by Emma and cheers from the crowd.

Emma asked Jordan how he’s feeling: “It’s weird, I am actually gutted but nice to see people! I am devastated to go, I am gutted…it was meant to be, it’s understandable.”

Jordan adds: “My image is so bad when it comes to women, I wanted to show there was more to me than just women!”

On Marissa: “I thought Marissa was totally into me…I thought she was being genuine but I couldn’t tell.” He adds: “I was gutted when Marissa left and she was ridiculously good looking! When she left I had no girl to flirt with. When she was flirting she was keeping it back a bit and I then thought she was playing a game.”

On Sam: “I had my boy Sam! He’s got Paul in there, he may struggle without me but he’s a strong lad he’ll be alright.”

On Jemma: “She says it how it is! She expected me to have her back, it was hard. She wouldn’t leave me and Sam alone!”

On Sarah: “She’s a nightmare! When she has a drink she’s a different person. I hate her. The Chad thing is bullish*t!”

Who else has been evicted from Celebrity Big Brother?

First out was Mob Wive Marissa Jade and she was followed by Apprentice star, Karthik Nagesan.

Marissa Jade (32) is an American model and actress, best known for appearing in the series Mob Wives. Born and raised in New York, her impressive modelling credits include Ralph Lauren, Tahari, Nine West and Brian Atwood. She has also appeared in Gossip Girl, The Good Wife and Law & Order. Known for her no nonsense attitude and role of one of the most memorable altercations in Mob Wives history, Marissa is a devoted mum to her eight-year-old son whom she raises on her own.

Karthik Nagesan was fired on the spot by Lord Sugar after one of the worst results the show has ever seen, selling just £188 compared to his rival’s £40,000 plus! Karthik quickly became a fan favourite on the show due to his entertaining personality, and above all, his love for the monobrow. He describes himself as “the next billion dollar unicorn”!

Has anyone quit the show this year?

The blonde bombshell decided to quit just hours after being saved from eviction. She has been miserable over the last few days and even decided to spend much of her time in bed – so the public would think she was boring.