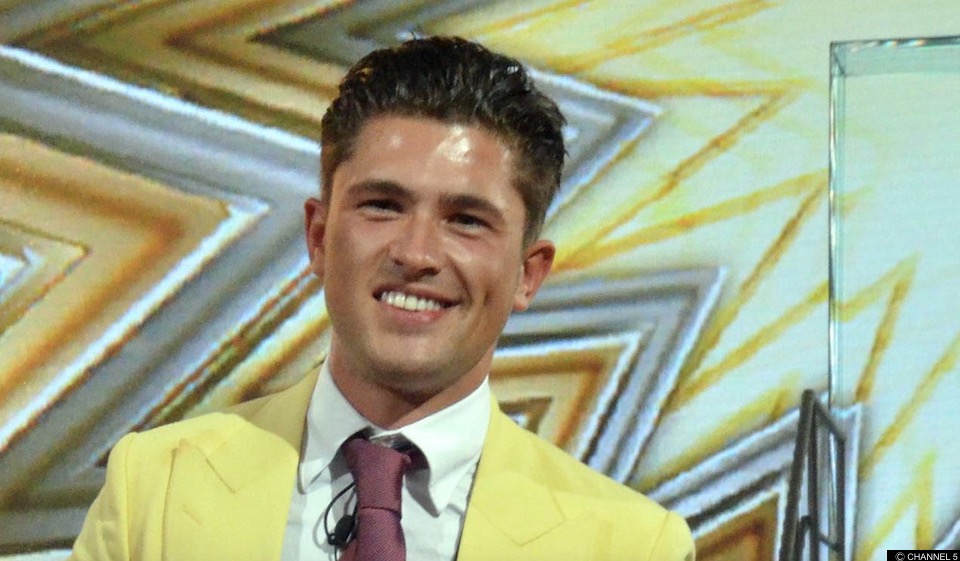 This summer’s TV bromance has come to a crashing end as Ibiza Weekender Jordan is evicted from Celebrity Big Brother.

Since yesterday, the public have been voting to save Jemma, Sam, Helen or Jordan. During tonight’s Channel 5 show, Emma Willis announced live to the house that the person with the fewest votes, and third to be evicted, wasJordan.

Following the announcement, he said his goodbyes and immediately left the house, greeted by Emma and cheers from the crowd.

Emma asked Jordan how he’s feeling: “It’s weird, I am actually gutted but nice to see people! I am devastated to go, I am gutted…it was meant to be, it’s understandable.”

Jordan adds: “My image is so bad when it comes to women, I wanted to show there was more to me than just women!”

On Marissa: “I thought Marissa was totally into me…I thought she was being genuine but I couldn’t tell.” He adds: “I was gutted when Marissa left and she was ridiculously good looking! When she left I had no girl to flirt with. When she was flirting she was keeping it back a bit and I then thought she was playing a game.”

On Sam: “I had my boy Sam! He’s got Paul in there, he may struggle without me but he’s a strong lad he’ll be alright.”

On Jemma: “She says it how it is! She expected me to have her back, it was hard. She wouldn’t leave me and Sam alone!”

On Sarah: “She’s a nightmare! When she has a drink she’s a different person. I hate her. The Chad thing is bullish*t!”