After 82 Review: A moving documentary film about the AIDS stories that need to be told 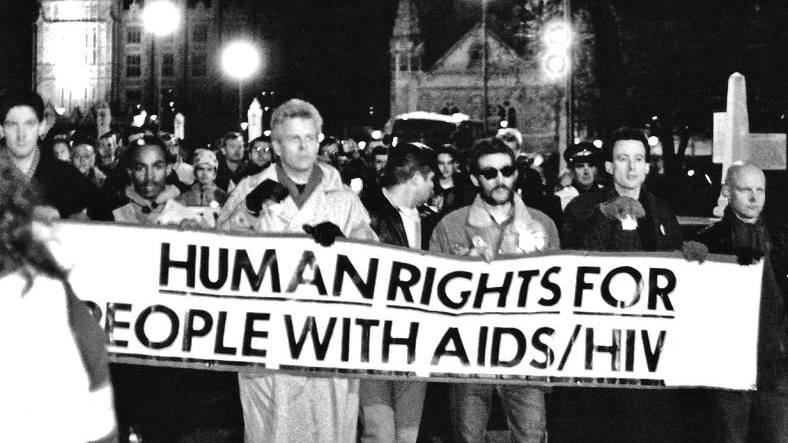 AFTER 82 is a new documentary about the AIDS crisis and the people who were affected by it most, is now available on VoD.

These men tell their stories of what they went through, what it felt like to receive a death sentence, and why they can’t really understand why they are still here after having lost so many friends and lovers in the 1980s and 1990s. We also hear from some of the women who were also in the front lines of the early days of the epidemic.

Narrated by Dominic West, Ben Lord and Steve Keeble’s compelling documentary looks back to the very early days of the pandemic when there were no medications available and a positive HIV test meant almost certain death.

The documentary features interviews with the actor Jonathan Blake (portrayed by Dominic West in the BAFTA-winning film Pride) who has lived with the virus for over 30 years. Dr Rupert Whitaker, who was still a teenager when he fell in love with Terrence Higgins, recounts their relationship, and Higgins’ subsequent death.

Lord Norman Fowler describes, with actual footage, of his visit to AIDS wards in San Francisco and sees for himself how the US was not dealing with the disease very well. He was part of Margaret Thatcher’s government and is the only man to have changed her mind about the then escalating crisis in the UK.

Thanks to his persistence and massive campaign surrounding HIV/AIDS during the 1980s HIV infections started to decline. Lisa Power OBE, who co-founded Stonewall, provides testimonies and insight to an era where hysteria from fear spread across the world through lack of knowledge and understanding. And Gary Brough, so eloquently and movingly tells his own personal story of having the disease in his 20’s and how now, in his 50’s, he has a mortgage, is in a civil partnership, and is thinking about retiring after having lived so long with the disease.

After 82 is available now to stream on demand and buy as well as selected screenings.