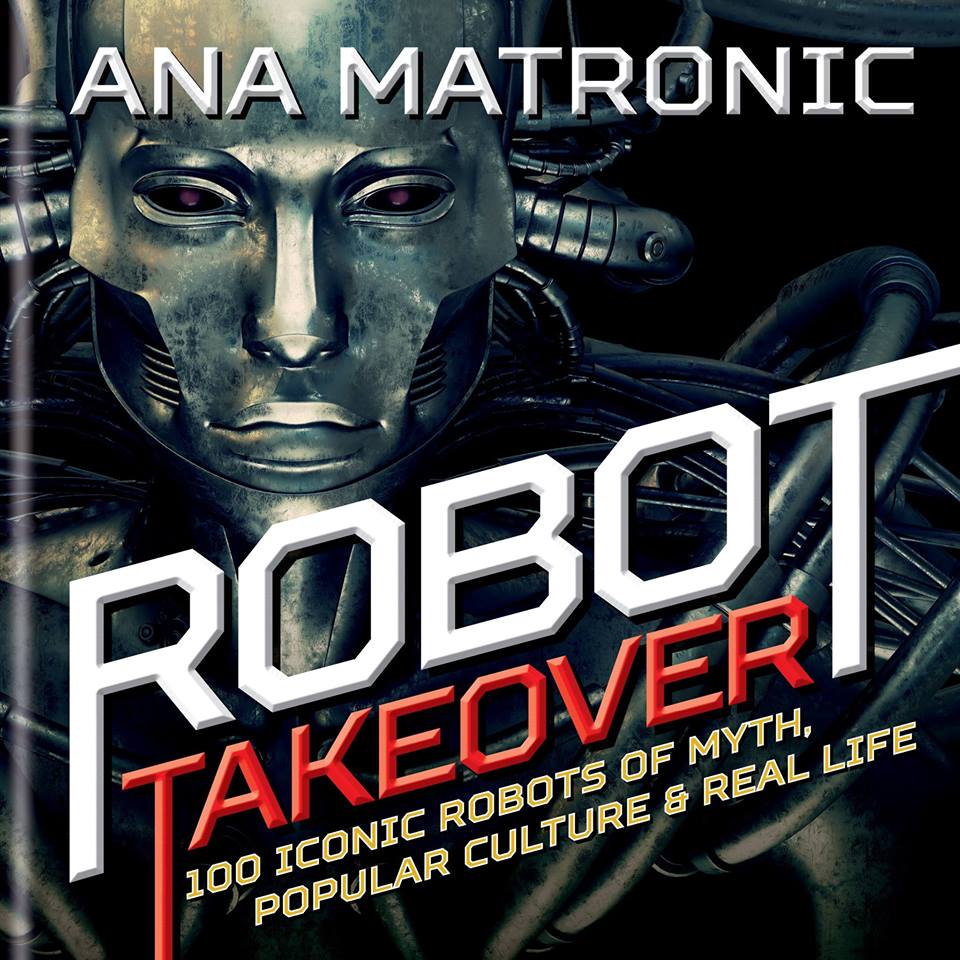 There’s something a little bit camp about robots isn’t there? From the buxom 1950’s homeliness of The Jetsons’ Rosey to the inane clatter and chatter of C3PO from Star Wars, to the out and out diva that is Borg Queen from Star Trek.

Humanity has fallen in love with robots lock, stock and circuit breakers. We’ve fallen in love and our fascination with technology is voracious as they’ve excited and terrified us in equal measure in celluloid or come to rely on them in our real lives as Siri et al start to rule our days – regardless of which decade you were born, robots have been a part of our future – a future we’re racing towards like never before.

Whether we we’re hiding behind the sofa to the Daleks or Arnie’s Terminator or getting an emotional tingle from WALL-E, robots are the stuff of legend and Ana Matronic’s new book Robot Takeover carefully and beautifully explores 100 of the most famous over 224 pages in full glossy colour.
Over her 4-page foreword Scissor Sister singer Ana Matronic, clearly demonstrates her passion for robots from her introduction to them from her childhood in the 70s to spending every penny of her Starbuck’s wage on “cybersexy fashion moments”. It is fair to say she wants, lives and breaths robots.

This book is her definitive list of robots that have inspired and petrified.

Some are so ingrained popular culture, like Darth Vader, Robocop and Hal “hello Dave” 9000; they hardly need introducing but then there are the other lesser known creations like the ridiculously impractical looking B9 Environmental Control Robot from Lost In Space or the smart aleck Twiki from Buck Rogers In The 25th Century.