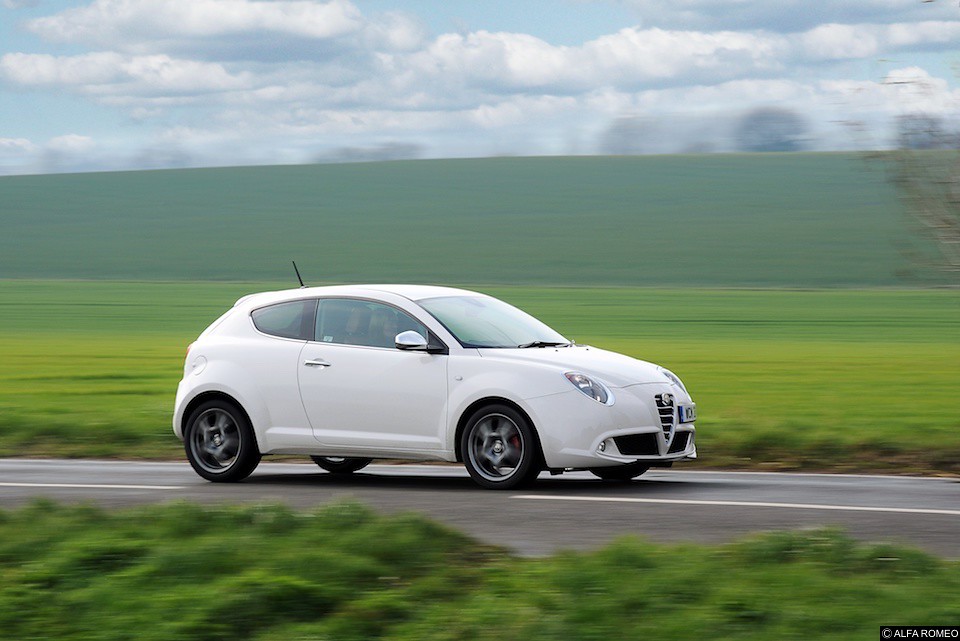 I always wanted a MiTo. It’s the cheapest and easiest way into Alfa Romeo ownership. Unlike years ago, it won’t fall apart. I almost bought one but university called and so the idea was put on the back burner. When I had finished uni I bought a camper van with the funds instead of the Mito. Was I right to have done so thus not getting another Alfa Romeo?

If you want a small three-door hatchback with extreme exclusivity then take a look at the Alfa Romeo MiTo. The MiTo is now some nine years old and still a rare sight on the road. In the time I had one I saw three others. Sadly on all but one occasion, I was driving other cars so I was unable to share the love with an approving wave or a convoy.

It’s not a great car by any stretch of the imagination. What it is though is an Alfa Romeo, so you can forgive it quite a bit for its flaws. Actually, you forgive it quite a lot. Design wise it is a bit lost. It is a sort of squashed down Giulietta. The result makes it look a bit like a small jacket potato. All is not lost as the potato design is making a comeback. It’s just that the MiTo missed the boat all those years ago.

Alfa Romeo has a way in making cars. If you want clunk-click every trip then you don’t buy an Alfa Romeo and you certainly wouldn’t upgrade your Polo for one. That changes if you just want to be a little bit different. And the MiTo will fit the bill.

Some of it in this revamped third face lift model is a bit old school still. The heads up display is red and almost dot matrix in style. The digital expressions of the MiTo coming towards you and away when you turn the key are quite nice touches to have on an older design. You start to like the MiTo. The inbuilt 5” screen satnav with Bluetooth, DAB and all the other things you expect today comes in at an extra £750.

That’s a lot for 5” of screen but an essential part of the package. You would be a fool not to add it.

The driving position is quite comfortable. Elbow room is in abundance and it’s no longer the long arm, short legs of previous Alfa Romeos. What isn’t available is oddments space. There just wasn’t the space available that I had become accustomed too.

The first shopping trip proved rather eventful. The boot is deep. It just goes down and down and down like Mary Poppin’s carpet bag. Ideally, it needs a second floor. It’s not ideal in the day to day. It does give it almost class leading depth though.

On the road, the little 1.3 diesel engine gives all it can. It’s not the worst out there. It’s quite a likeable unit and belies the 95bhp power that’s available. 200nm of torque at 1500rpm helps. It’s this torque figure, that when combined with the DNA switch in ‘Dynamic’ makes all the difference. In ‘Normal’ mode it felt out of depth. In ‘All terrain’ mode it was hopeless. DNA, now you understand what it stands for. Quite clever marketing really. Dynamic makes it more alive and responsive. To be honest I attempted very little motoring in N or A. A is mainly for atrocious conditions.

Handling was quite up to spec for an older design. It’s easy to start liking the MiTo when you start to motor along. It lives up to the badge ever so slightly when you hustle it along. It never leaves you breathless but likewise, it never tried to put you in a ditch. The disc brakes on each corner being up to the job.

It’s a likeable car while also being a bit less successful in many areas. Above all, it’s an Alfa Romeo. The doors are frameless and there is no way you can disguise the fact that in photos you will look great next to frameless doors with the windows down. Strike a pose, there is quite literally NOTHING like it… MiTo MiTo MiTo.