COMMENT | Returning to the Scene of the Crime; why Two-Night Stands aren’t a good idea. 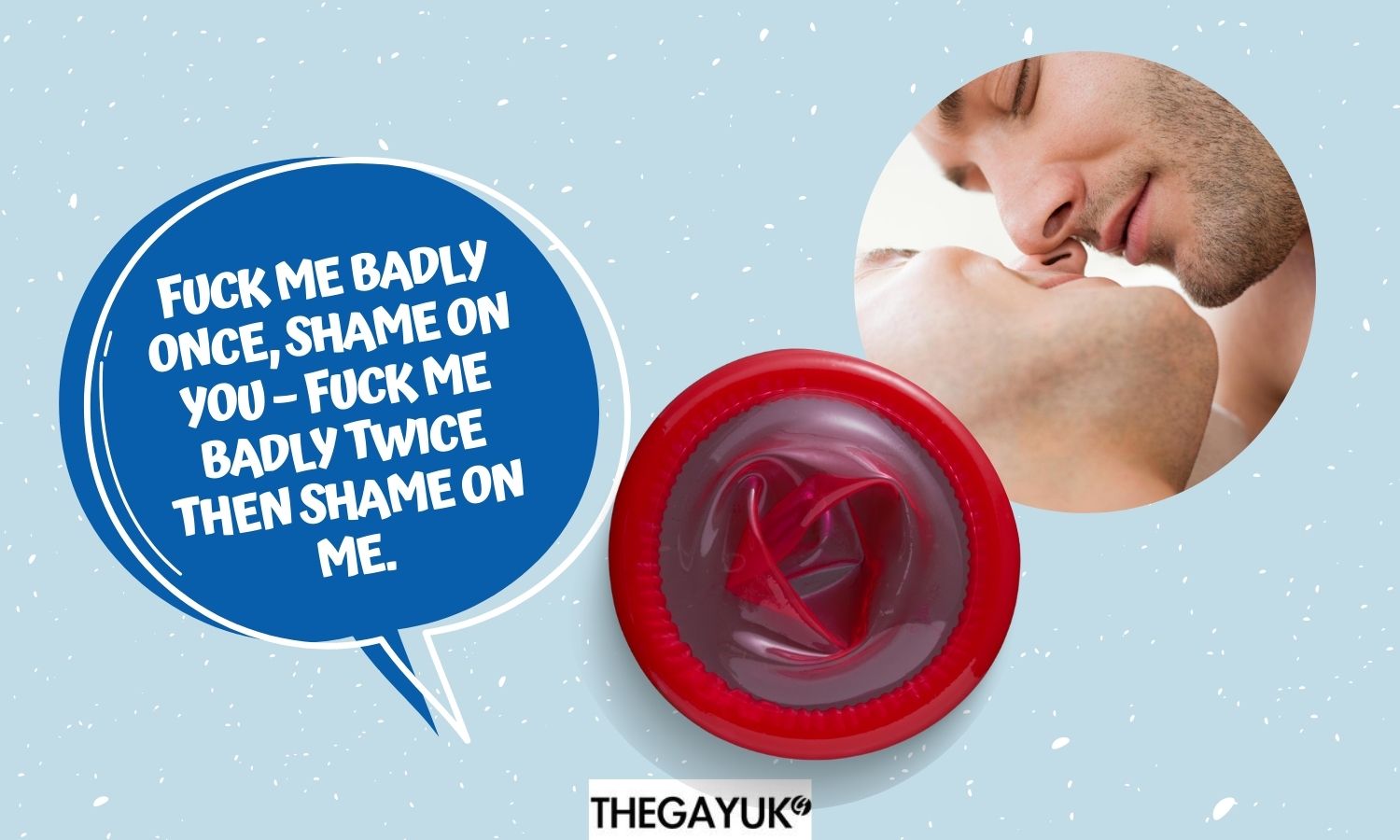 A one-night stand is supposed to be just that. One night. One night of half-decent sex with a guy who disappears into the night never to be seen again. I’ve never been a massive fan of the one-night stands; however, over the last couple of years, I’ve had a couple of outstanding ones where I’ve kind of wished it could happen again. You know; the kind of sex that you would rate at least an 8/10. On the flip side though, there’s been a couple which hasn’t been particularly exciting or rememberable. It’s actually these that you remember more; but they’re all for the wrong reasons.

The first guy on paper was right up my street. Cocky, confident, good kisser and had Geordie accent. The foreplay was excellent; he knew just exactly how to get me going; that was until it came to the deed. I’m by no means a power-bottom, however, I know how to be a good bottom, but if you’ve got a top that doesn’t know what they’re doing, then you’re in a situation that will probably end badly. This guy has watched too much hardcore porn and just attempted to shove it in there. No lube. Just strapped up and went in there. Come on. If you’re going to do it, at least do it properly. Safe to say that it was extremely uncomfortable, and I made him stop until he had lubed up. If it’s going to be successful, then both muscles need to be lubed up properly. These millennial bulls. Young, dumb and well. Attempt number two was no better. I’ll give him credit; he knew how to get me going. That Geordie accent turned me on, and he made the sexiest faces. He even remembered a few of my kinks, which he was more than happy to do.

The second guy, I don’t know really why I went there for a second time. The first one wasn’t all that great. He couldn’t keep it up, and he wanted to make it all about me. I’m not like that at all. I’m that self-conscious about myself I would rather spend the time pleasuring the other guy and making him feel good – I’m good at that. He didn’t kiss or do anything remotely resembling foreplay, and then to top he expected me to top him then. Oh, dear. This wasn’t thought through properly. Again, on paper, he was my type, but when push came to shove it just didn’t work.

I usually don’t go back to the scene of the crime more than once, but I thought well maybe they might have changed. How wrong I was. They say a leopard never changes their spots and you really can’t polish a turd.

Fuck me badly once, shame on you – fuck me badly twice then shame on me. As I said before, I guess I went into the second hook up with a thought that they might be different, and they might have stepped up their game. Oh, how very naïve of me. I often wonder why I went there again. Was it convenience?

I’m not stupid. I know that not every guy that I meet is going to be a perfect match in the bedroom, and you’re going to meet guys who aren’t quite the right fit, and I’ve accepted that as par for the course. Maybe I’ve become so dependent on casual sex and the need to have some fulfilment; I’ll get anything that I can regardless of who it is. I used to frequent the saunas when they were open after a few drinks, and the horn is particularly strong. I’ve met some great guys in them and had some great times. I must be some kind of masochist to go back to the scene of the crime on more than one occasion.

I didn’t used to be like that at all. Sex used to scare the shit out of me, and I guess it all stems back to my first time. Everyone can remember their first time, right? I certainly do. They say that your first time I always the worst – well you weren’t wrong there.

I remember it like it was yesterday. It was a May bank holiday and I made sure he knew it was my first time and I just really wanted to experiment and see what happens. He was also a lot older than me – he was in his late 30s – maybe early 40s. I was as nervous as hell. What I didn’t know that he was hung like a horse – and there was a lot of girth. I mean a lot. It was like a wall of flesh. I remember going down on him, and I didn’t know what to do at all. I’d only seen someone give head from porn – and that was always so rough and so I kind of thought well that must be what you do – so that’s what I did. Yeah. That wasn’t what you’re supposed to do. Well, not at first anyway. I won’t go into the full details – but I think it’s safe to say it wasn’t a great experience. I remember thinking at the time – well if that’s sex, then I don’t want to ever go through that again!

So, I didn’t for a long time after that; I didn’t have any form of sexual activity that is beyond making out with someone. Even at university, I didn’t have a lot of sex. When I moved to London in 2010, I thought this is the opportunity to have loads of sex and it just never happened for me. I used to go out clubbing on a weekend with friends, finding a cute guy on the dancefloor; maybe make out with them, but then I’d push them away and leave it there.

I think that first experience impacted me. For some reason – I developed a fear of sex.

As I’ve aged and become more confident sexually, I guess I’ve become more reliant on that being a part of my life. In my last column, I wrote about me trying to reinvent myself and part of the way I’ve decided to do that is by cutting out the casual sex. I’ve deleted all forms of dating and hook-ups apps from my phone and over the next few months as I get my life back into order, I’m going to avoid it. I’m not in the headspace for a relationship right now, and I’m certainly not in the place to be sleeping about. I’ve got to focus on me. Analysing it in my head, I’ve come to the realisation that I’ve got an issue with other men – putting them before myself. That’s not healthy, is it? I’m sure I’m not alone in all of this. Intimacy issues are common amongst many people – you’ve just got to work out what you want from it.

I need to take a break from other gay men. I’ve said this numerous times before, but I can’t seem to shake it from my head. Being gay is far from easy. You spend all that time as a young gay kid being bullied then when you finally come out of the closet and finally when you head on to the scene; it happens again. You get bullied by other gay men for being a specific type of gay. You’re too tall or too short. You’re too young or too old. You’re too skinny or too fat. You’re too hairy or too smooth. You’re also too fem to be a top, or too masc to be a bottom. All this is coming from a community who keep telling you to be yourself.

Maybe we’re too hard on ourselves in general? We are all determined to have that romantic love story, but not all of them have to be trilogies. Sometimes a short story will suffice. We can’t spend our lives stuck in the past. The past is like an anchor that is holding us back; we’ve sometimes got to let that go to become who you will be because at the end of the day, the most exciting, the most challenging, and the most significant relationship that you will ever have is the one with yourself. Don’t waste too much time looking over past mistakes. I’m a firm believer that if you’re going to make a mistake in life. Don’t just do it once. Do it a few times, just to make sure you’ve learnt the lesson! By god, I’ve learnt those lessons now. Maybe our mistakes are what determines our fate? Because without them; what would shape our lives?