COMMENT | These were cars we really wanted to drive growing up 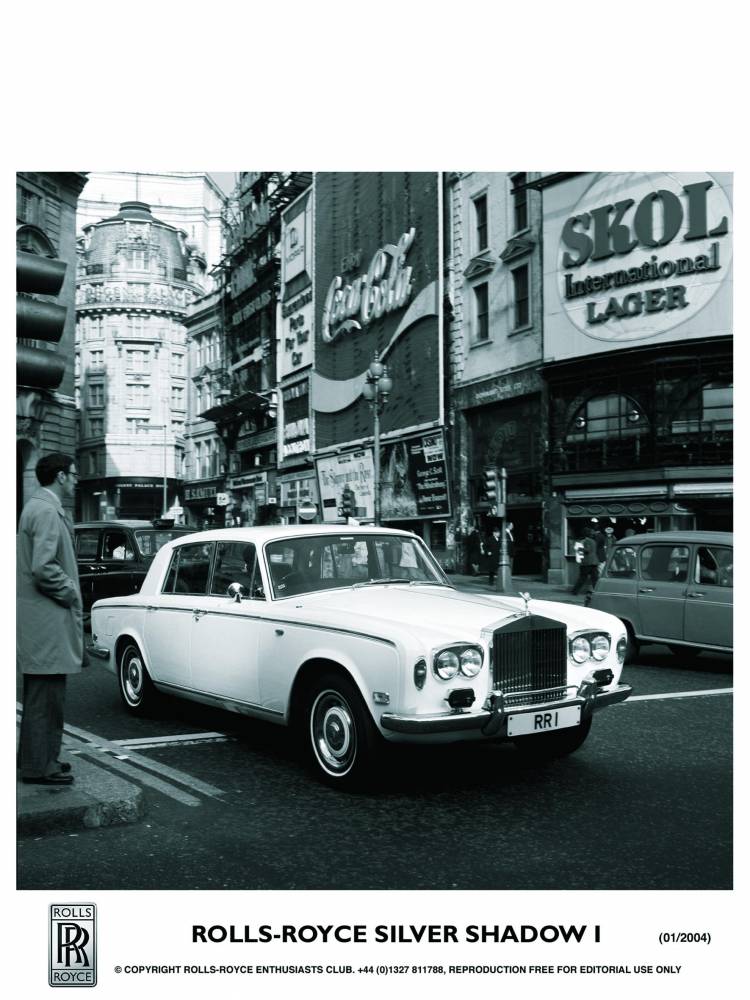 There was a time not so long ago when models within a model range varied according to affluence. There was also a bit of what the decade dictated in there too. If you are as old as me, we are not talking that long ago either. Less than 50 years in fact.

Ok so 50 years is perhaps a lifetime away for some of our readers but long ago in the motoring world far far away from where gloss and add-ons were essential in demonstrating your wheeled wealth, there were motoring gems to be had. From poverty to racing and somewhere in-between specs, it all added up and made the Jones’s at 69 twitch the lacy nets in either disgust or envy.

Sadly these days you can’t tell the difference between a poverty or a luxury model from the visual aesthetics. Alloy wheels and glitz are pretty much the same available across the ranges. And chrome and elaborate badges seem passé these days. So l am going to take you back to 5 decades of motoring and pick out one of my favourites that were stand out models within a range of specific models and you didn’t need a Rolls Royce to show off your motoring wealth either. 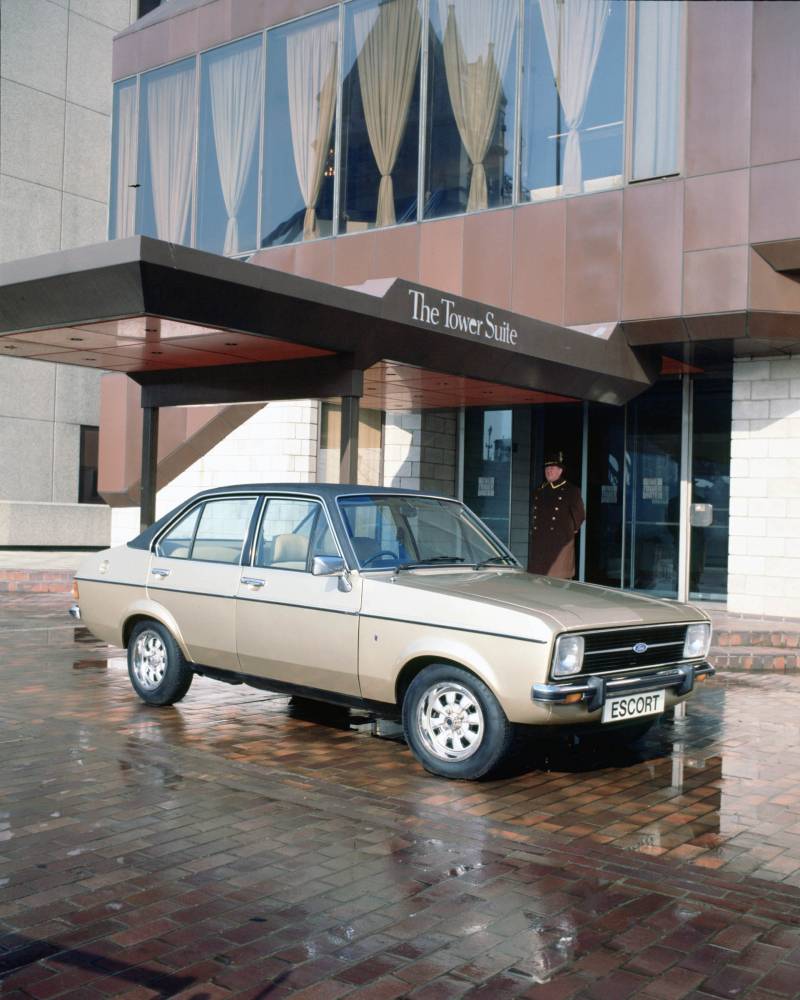 The Ford Escort was a top seller in the UK. The Mk2 had form and looks. Its model range catered for every walking person in the world. It was available for not a lot of money to quite a huge sum. It was a car you could aspire to. And that’s why I am choosing the Mk2 Escort Ghia.

The Escort range had circular headlights on its lowest and sportiest models. Not so on the Ghia. It had square lights and silver edging around the grill. And if that wasn’t enough it also had added brightwork to cause sparkling glare through the nets of the neighbours. Not only was there side mouldings and a vinyl roof but sports wheels with chrome beauty rings. Best of all was the metallic paint that was at one time only available for the Ghia model. It also had splashings of wood trim and an internally adjustable door mirror. This was stuff that wowed the crowds and made lesser men cry. All of this was then given the kiss of a Ghia badge. 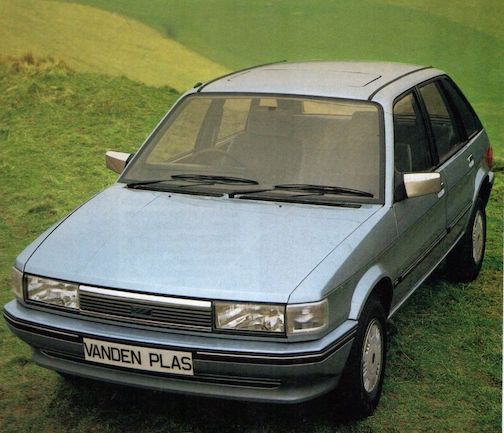 Be it the humble Metro, the great white whale that was the Maestro or the Sierra nibbling Montego, Austin Rover added the ‘Vanden Plas’ moniker to these 3 models. However, the Maestro is my worthy winner. It was like nothing else on the market. For a start, it had wood where others were going for plastic and it was given a chrome grill and embellished wheel trims. Little VP decals on the rear wings along with a coach line, all complimenting the chosen metallic paint choice were subtle in showing off your wealth over a lesser HL or Mayfair model.

It got even better inside too. Along with the wood trim, there was shoulder to shoulder leather-covered seats. Then to drive your senses crazy, you were presented with a digital dashboard that could give out over 30 voice commands usually at will and for reasons, only the car knew, for seat belt, petrol and anything else you could think off wanting a car to tell you in 1982.

Remember this was also the year of Knight Rider and the talking car. This was seriously cool. All the fun the Maestro had to offer was narrated by New Zealander Nicolette McKenzie. 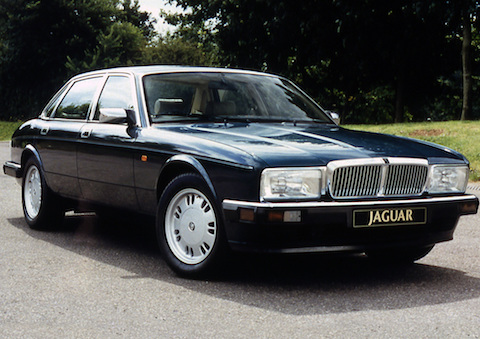 Somewhere in between the base Jaguar XJ-6 and top of the range, Daimler sat the very British named Sovereign. It stood out from the lesser model sister due to more brightwork and alloy wheels. And then there were the headlights. Rectangular units instead of the two separate lights of the lesser model. The added bonus of these lights was that the Daimler also had them. To distinguish itself from the higher model it still kept with the Jaguar grill instead of the convoluted trim of the Daimler.

Inside it was treated to standard features like air conditioning and leather everywhere.

Ford took control of Jaguar and following a facelift, the kings of giving took away the visual impact of the affluent range and all models then looked the same 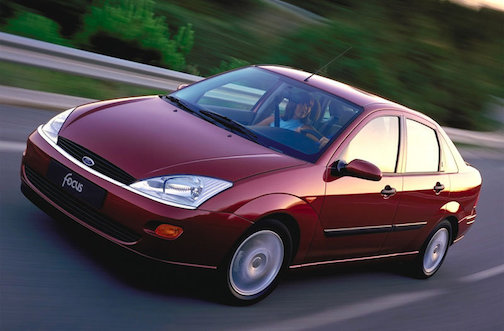 The millennium decade gets difficult. Cars all pretty much looked alike. One car does stand out to me from the crowd and ironically, it was from where we started, back at Ford. The Ford Focus. Not just any Focus for it has to be the saloon purely because the shape looked better than the dumpy fat arse hatchback. The fact you could also get a Ghia in estate form showed that times had changed and affluent luxury was now available even for the universal man who had loads to carry.

Focus Ghia had the usual items that we had now come to expect like the chrome on the front bumper and a dollop of wood in the centre of the facia. By now that wood was beginning to look more like the wood was harvested from a Lego land forest of plastic. That said it wasn’t the worst faux wood you could get. The French were even worse at it. There was also an option for leather seats but sadly the alloy wheels were no longer exclusive to this model. The lesser LX could often be seen parading around in them like some irksome oik in knocked off £700 Manolo Blahnik cum fuck-me heels.

It’s hard to tell where or how it will go. From the list above you can see that the top of the class at this was the British. For some reason, we Brits liked an add-on which probably accounts for the sheer amount of money we spend on our cars after purchase. We are good at adding a touch of luxury to a car and probably why the British are good at modifying them. That is if you don’t look at Barry Boys on the internet.