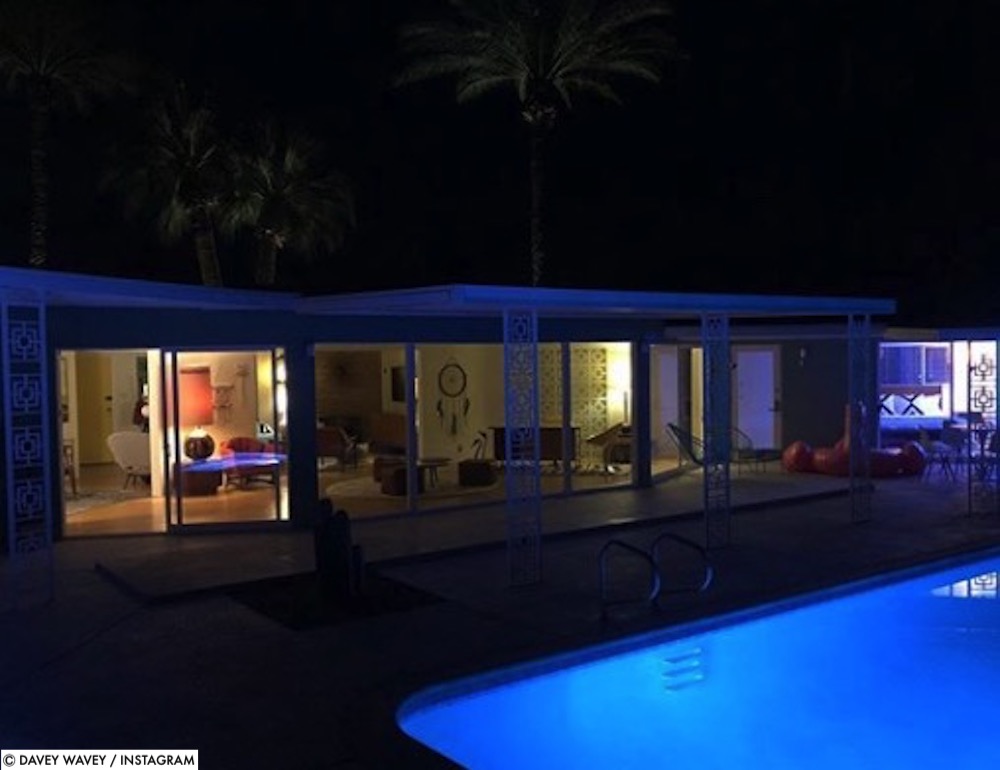 YouTuber turned adult entertainment entrepreneur Davey Wavey has splashed out on a new home in Palm Springs, California and it is a dream home.

He jokes, “Since most gay men seem to end up in Palm Springs eventually, I decided to get a head start.”

The fitness guru has taken to social media to show off some incredible shots of his new home and it proves that creating thirsty content for the masses can really pay off.

Closed on a new home in Palm Springs today! It’s my Barbie dream house, complete with a pink tiled kitchen. Who wants to come skinny dipping?!

Davey actually “closed” on his home in Palm Springs in December of last year, but he reveals that it’s finally coming together as he adds mid-century touches to the 1 storey, flat-roofed home.

The house, which is overlooked by rocky hills has a pool and numerous towering palm streets to give that perfect Californian-desert look. Palm Springs is a two-hour drive from Los Angeles.

The home features an open plan living space which looks out onto a gorgeous pool through a wall of glass.

The home also features a lot of pastel colours, including mint green for the outside areas and a baby pink for the kitchen. The living room is white with a brick fireplace and hardwood floor, covered by a thick pile cream rug.

First swim in the new house! I smiled the entire time! #?

In a recent post, Davey shared some snaps of the interior of his home, saying, “take a peek inside my midcentury dream home in Palm Springs! Slowly getting all moved in and settled. It’s like a time capsule”.

Take a peek inside my midcentury dream home in Palm Springs! Slowly getting all moved in and settled. It’s like a time capsule. ?

And it’s true the kitchen looks like its come right out of the 50s and its very pink.

Pretty in pink, bro. I love that gay men often model a more sustainable version of manhood – where they can play with both masculine and female energies, and recognize both for what that are: costumes.

Serving some cakes! Swipe for the reveal.