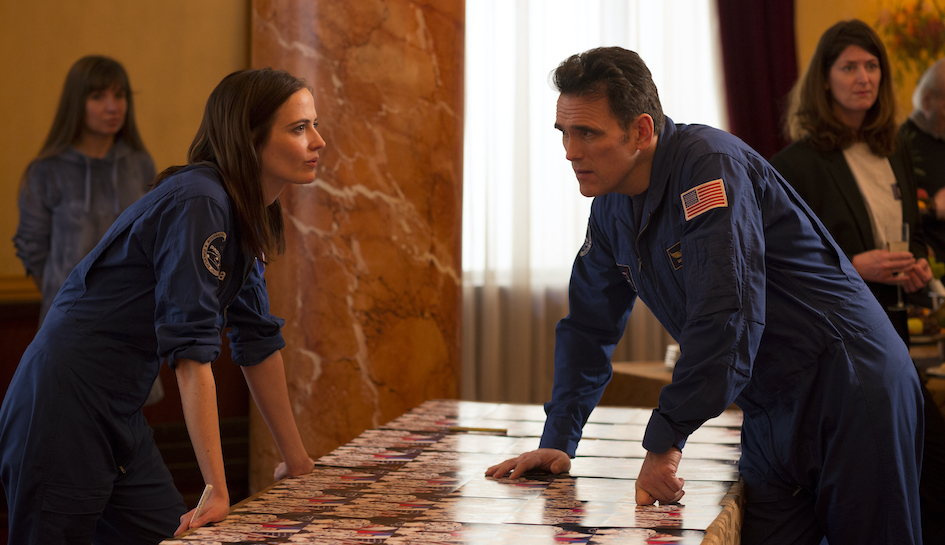 Eva Green is superb as a divorced single mother who is an astronaut chosen to go into space in the excellent Proxima.

Sarah (Green) is a French astronaut training at the European Space Agency in Cologne and lives alone with her seven-year-old daughter Stella (Zélie Boulant), and still friendly with her ex-husband Thomas (Lars Eidinger).

Being the only woman in the space program, Sarah is chosen to be part of the crew for a year-long space mission called ‘Proxima.’ While she is honoured and privileged to be chosen, she must weigh the fact that this will take her away from her delicate daughter for a year, and this also means putting Sarah in the middle of a male-only mission where there is very little sympathy for her being a woman and a mother. She has to put up with misogynistic banter, and fellow crew members who need to more time to get used to going up into space with a woman. Even the captain Mike (a very good Matt Dillon) doesn’t immediately take a liking to her. But Sarah slowly earns the respect of the crew and slowly prepares Stella for her departure. But second thoughts enter Sarah’s head, and right up to the last minute she has her doubts.

Proxima premiered at the 2019 Toronto International Film Festival and proceeded to run the festival circuit where it won the Special Jury Prize at San Sebastian Film Festival. Vertical Entertainment has released the film on digital and VOD platforms. Green (last seen in Dumbo) is absolutely fantastic and her performance puts her in awards contentions.

Dillon, who last made screen waves, and controversy, in the 2018 film The House That Jack Built, shines as the team leader, and he’s good-looking as ever. Proxima is a film that will bring tears to your eyes and will melt your heart.