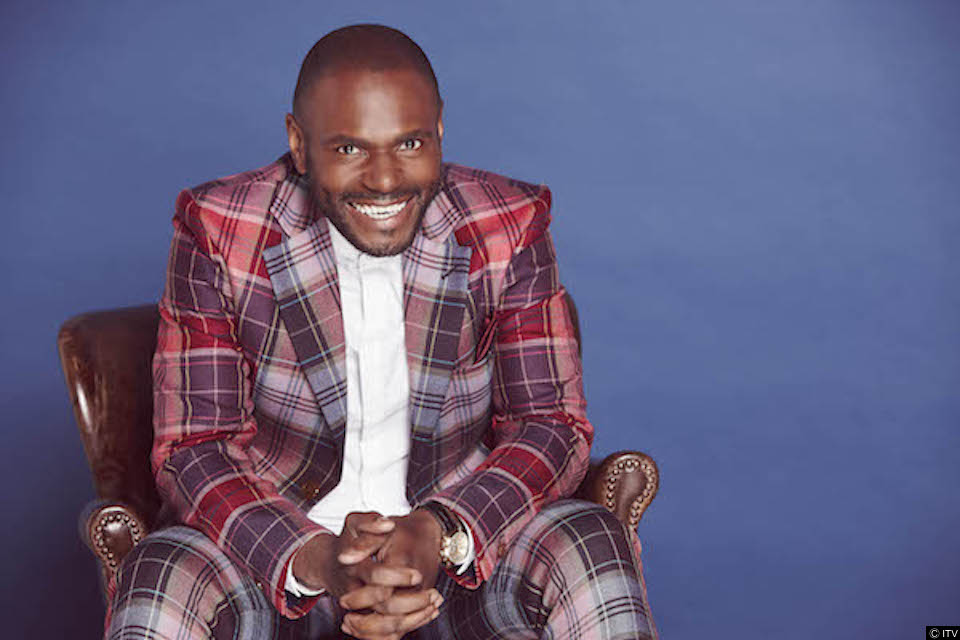 In deep with Anton Stephans

Anton Stephans is back in the theatre. After a year of non-stop X Factor appearances, tours and general madness he’s back to his first love – Musicals. He’s about to star in the re-staging of Moby Dick! The Musical, at the Union Theatre in London. We meet in the lush surroundings of a posh eatery in central London. He orders a healthy chicken salad and looks intently at me. He has incredibly bright eyes, an infectious naughty cackle and a very open soul. Within seconds we’re talking about dirty mags and sticky floors in Soho… I can tell this is going to go down well.

What kind of student were you?
I was always in trouble. I liked to ask lots of questions, and I liked to explore things, so if we went on a trip to London, me and my friends would go into Soho… I’ve not told anyone this before. My friends and I would sneak off and go in to Soho. It was when it was fun. It was dark. It was seedy. When you went, your feet stuck to the floor. We’d go in, and you know they have all those magazines as well, so we’d go in looking at filthy mags. Of course I was very inquisitive. I wanted to know what people do. I found out.

So no teacher’s pet then?
No. I don’t think anyone would call me teacher’s pet. I was more the person that would get on your nerves because I would ask so many questions. I just wanted to know more about the world. Although I’d been taught things, things I wanted to know then, they weren’t teaching.

What’s your happiest memory?
I know this might sound cheesy, but I got home today and my aunt came round to the house, she said, “How are you?” “I’m really happy at the moment. I’m really happy.” I’m happiest when I’m working. I think men should work.

Really?
Yeah, men should work. If we’re not working, we get up to all sorts. We should be working. The devil makes work for idle hands.

Are you a happy person?
I’m generally a very positive, happy person. I think nothing is forever. I’ve learned that everything changes. If you hold on to things too tightly and you live in the past, that’s where you become miserable. You can’t fix what you did yesterday. I can’t fix what I just did. I can only go forward and be the best I can be now.

Did you get that from a book?
No, no, no. Let go of your mistakes very quickly. Other people might not. Other people will hold on to them. Let go of the mistakes very quickly and go forward because those things are going to bind you. Those things hold you back. If you let it go, and go, “Okay. I made that mistake. I got it very wrong. If I do this and keep going, it gets better.”

What are you most afraid of?
Not achieving the personal things that I want. In my life, career-wise, things are going incredibly well. Thank God. You got a rabbit’s foot?

Are you more a fan of meeting people for real or dating apps?
Apparently, the guy who looks after all my media has found tons of Grindr profiles of me on it.

What like catfish profiles, pretending to be you?
I’m thrilled. I hope they’re getting lots of dates.

What did you want to be when you grew up?
I always wanted to be an actor.

What if the other person’s a complete asshole?
Love is still good. It’s the best.

If you could invite three famous people to dinner, dead or alive, who would you invite?
Oh, my God. Bette Davis. That would be very fun, I really like Tom Cruise… we’ve been chatting on Twitter and Jennifer Hudson. I love her. I love everything about her.

If you found £50 in the street, what would you do?
Spend it.

If you found £45,000 in a suitcase and you were in a park by a bench and you were absolutely certain that you weren’t being watched, what would you do?
Oh, my God. Well I’d keep it. I would. I’m sorry. I’m that person. Is that an awful thing to say? I’m going to say the truth. I would keep it. I would probably give some to my friends. People I know who need money. Is that really bad? I’d think it was God’s gift. That, my friends, is God’s gift. That is love in action.

What keeps you awake at night?
The only thing I get up for is to go to the loo these days.

What’s the last thing you do at night?
I write my list every night. I do a list so I know what I’m doing the next day. I’ve never ever, very rarely, have I ticked off all the things on my list that I was supposed to do. That worries me. Sometimes I wake up going, “Really, really should have polished them shoes. Can’t wear them tomorrow!”

What’s on the bucket list. Top three things?
Jumping out of an airplane. I’ve always wanted to get into a car and drive from one end of America to the other. I want to go find music in rare places.

This is slightly personal. When did you first do the deed?
Such a long time ago. I also had sex with lots of girls, too.

How would you describe your sexuality?
I’m gay. I would say having sex with a woman, at the time, was like visiting Paris. Nice place to go. Wouldn’t want to live there. There’s no real centre. Everything’s spread out with lots of attractions.

Men are more like New York….
There it is. There’s Times Square.

Would you change your first experience?
No. I think everything happens right, and it did. I was very lucky. I am still friends with these people.

What song would you have played at your funeral?
Oh, God. I don’t plan on dying ever. That’s the deal, isn’t it?

What’s the first thing you do every day?
Brush my teeth. Usually these days I’m getting up very early and going to the gym. I’m doing this new thing, well, new to me, called gymming.

What annoys you about yourself?
I wish that I had more control of my upset at injustice, or when someone says something rude, I wish I just had the ability to let them just do it and get away with it, especially on Twitter or social media.

Follow Anton on Twitter @AntonStephans and make sure you book tickets for Moby Dick! The Musical. www.uniontheatre.biz

This interview was taken from Issue 23. Never miss another issue by subscribing for FREE