INTERVIEW: The Gay Director Who Was The Last Artist To Work With David Bowie 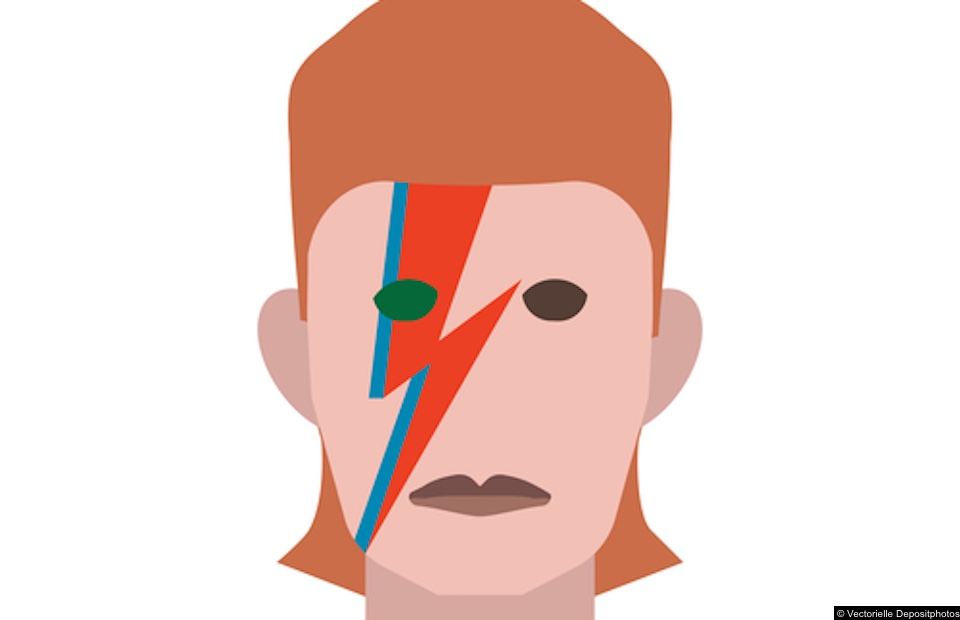 Multi award-winning Broadway and West End director Ivo van Hove was the last artist to work with David Bowie before the beloved star died of cancer on Monday January the 11th. He became Bowie’s closest confidant when the two worked on the musical play Lazarus.

Ivo, who is openly gay and has lived with his partner set designer Jan Versweyveld for over 35 years, was one of the few the singer confided in.
“We began collaborating on our show, Lazarus, and at some point, he took me to one side to say that he wouldn’t always be able to be there due to his illness.” van Hove had to hide the difficult secret for more than a year.
“I hid it, even from my partner. David did not want the show or his album tainted by his condition, even though they are final testaments.”
Van Hove felt that Bowie was channelling himself when writing the character Newton, the lead character in the play.
“I remember him reading and singing the complete show, he performed it for me in its entirety the first time. It seemed very existential, I understood Newton was him, and I told him: “I think I have to direct it as if it’s all in the head of Newton.” He was so happy I got it: “That’s exactly how I want it,” he said.
“He slipped up once, revealing the story was really about him. I was talking to him about the songs, a unique moment I was allowed to ask him anything. Coco Schwaab said he never told anyone in the whole world as much about his songs as he told me. We were talking about Heroes, the ending and I told him my idea: I wanted to let the little girl disappear in the air. And he looked at me in horror: ‘But what happens to me then?’
“So Freudian: he didn’t want me to know the story was about him, but it was. Newton was truly Bowie and I was thoroughly aware of that but I never spoke to anyone about it.
The lyrics were so obvious in the play: ‘I’m a dying man that can’t die’. Just a quick sentence, but I couldn’t tell the actors its true meaning. I was at the birth of the play and told David we need one song that establishes the character completely.
“He brought me a demo of Lazarus almost immediately. To me it was obvious: that was the entire play in a song. In the play near the end of the song Newton sees a “blue bird” and he says: ‘A blue bird. The blue bird is me. Maybe I come back, reincarnate as a blue bird.’
“It symbolises hope. He has a 15-year-old daughter whom he wanted to leave with something, not just the darkness, which was so important. That’s why in the play there was a 13-year-old girl in the lead singing Life on Mars and Heroes with Newton. For Bowie that was his daughter singing to him.”
Sadly Bowie’s declining health meant he could not be there for all stages of the rehearsal to stage process.
“Often I’d call him to invite him for run-throughs the next day, he’d say, ‘No, I have a bad day’. Which, for him, was a very British understatement meaning, ‘It’s really not going well.’
But he did visit as much as possible, which was a lot. And when he was there he was always dressed pristinely and smelled gorgeous, a true gentleman. You could see he’d gathered all his energy to be there and he’d stay for a very long time saying, ‘I’m hanging out, Ivo, I like it here’, completely relaxed.
“The week before the premier he had not been able to make it to rehearsals or previews. He sent me a message saying, ‘I hope to get there by the premier’.
“To me it meant he’d hope to get there or ‘maybe I’ll be gone for good”.
“I thought he’d never make it to the premier, he was so ill. But he did and I’m so happy about that. He said, ‘I’m so happy I saw this.’
“So many papers said he looked glorious, was shining, but the moment he stepped of stage he keeled over, he physically collapsed. Thankfully all the performers had already left to the dressing rooms, so no-one saw. I sat there with him for twenty minutes until his wife came to him; we had to wait until he was strong enough to make it to the car. After his collapse I’d kept talking to him for twenty minutes about everything. He remained calm, but was so very vulnerable, so fragile. I miss him so much, I loved him. I think I might be the last person to work with him.

The moment he got into his black car I knew this will be the last time I see him. I fully knew this.”

About the video for Blackstar he says:

“The video was obvious. The skeleton in a space suit, Major Tom. He wrote Space Oddity and Ashes to Ashes now dust to dust the conclusion. The whole video is full of it: the blindfold that reappears in Lazarus. The idea comes from a Greek tragedy. He was a well read clever man. He was influenced by books and visual art. You can see the iconography, completely developed by him. He knew everything often very obscure rare facts. He visited the Richter exhibition at least three times telling me, ‘Ivo you have to go, you have to go’, even though he knew I didn’t like art exhibitions.

“I’m not sure if he planned his death, but it seems a bit too coincidental. He certainly planned for Blackstar to be released when it was – his birthday. It’s too coincidental. On the song “The Girl Loves Me” he asks, ‘where the f*ck did Monday go?’ I’ve got no evidence but I think he did. At the end in, “I Can’t Give Everything Away” he explains it all. ‘I gave you everything but I kept a little for me. I’m sorry.’
“It was like Mozart writing his requiem or the famous Dennis Porter who kept writing scripts on his deathbed. His death became his final piece of art, it might sound strange but it’s what he wanted.”