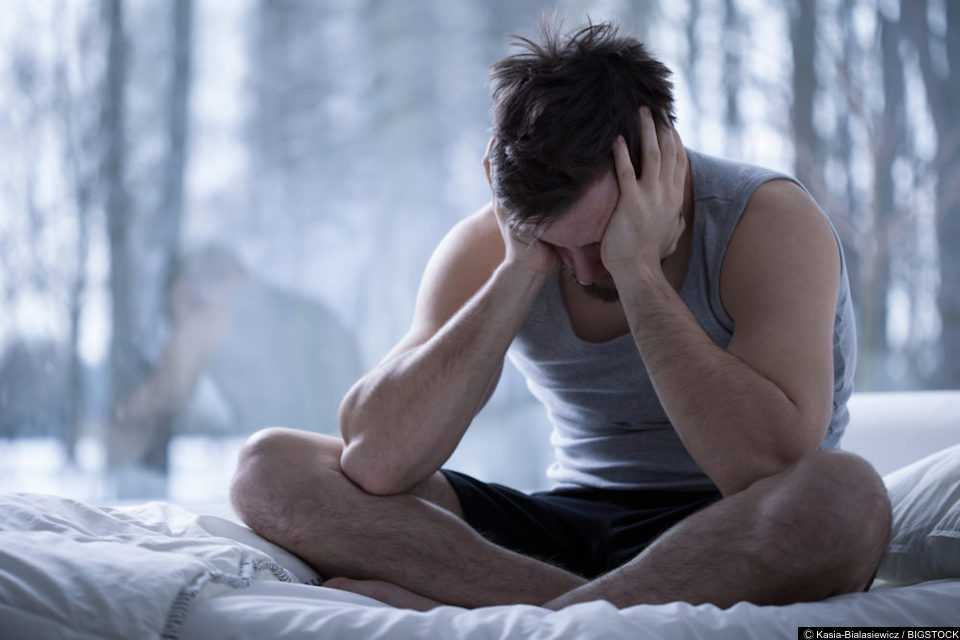 We talk about our physical well-being all the time; discussing everything from our gym and dieting regimes through to our sexual health and exploits. Our mental health is all too often overlooked, even though LGBT people are known to suffer disproportionately more from poor mental health compared to the straight population. Recovery can be a long and arduous road, so it’s important for anyone suffering from poor mental health to be able to access the help they need.

One charity that knows all about that is the LGBT Foundation. We spoke to Lucy Rolfe, the Wellbeing manager, and asked why the clinic was set up. She told us that not everyone suffering from a mental health issue is comfortable using their GP as the first port of call.

“There are a lot of people who’ve had a negative experience accessing a mental health service. Either they’ve felt they can’t be open about their sexuality or they’ve been met with an uncomfortable silence. Sometimes the professional has been directly homophobic. That can put people off accessing support that they need. Even if they’ve not had a negative experience they might be too nervous or too frightened about coming out to their GP. If they can’t be open about themselves they may have difficulty explaining why they are experiencing mental health problems.”

Undiagnosed mental health problems can result in a whole host of negative consequences, including efforts to self-medicate, and that’s something Lucy told us more about.

“When people are struggling to cope, alcohol is very accessible. In Manchester we know that the village in the city centre where we’re based is the heart of the LGBT community social life. We provide spaces other than bars and clubs. People can go where it’s not based around socialising with alcohol, or going clubbing where there may be drugs around.”

Lucy sees drug and alcohol abuse as a consequence of efforts to become part of a community.

“Often we get people who come into the village on their own, and in other parts of the country they may not know anyone else who is LGBT. One of the easiest ways to meet people is to go to a bar or a pub. Many are nervous about meeting new people and deal with that using alcohol and sometimes drugs as a confidence booster. It’s very easy to fall into that unhelpful cycle and pattern. We’ve run a befriending service for round about four years now, and that’s aimed at people who are isolated. Isolation can have a massive impact on mental health.”

Even the act of coming out in the first place can, for some, prove a traumatic experience with a build-up of stress before informing friends and family. As Lucy tells us,

“When you’re worried how friends and family may react, you can feel incredibly isolated. It’s that 1% of doubt that someone will react negatively that can prevent you from coming out.”

We asked Lucy if her long experience of talking to gay people with mental health issues had given her an awareness of the triggers that we should be aware of.

“Many people come to the LGF because they’ve experienced some kind of prejudice, discrimination or bullying, and in some of the worst cases some of our clients have been victims of hate crimes. That can have long-term psychological impacts.”

We can have a supportive family, but still suffer homophobic abuse in the workplace or from neighbours, which at least partially accounts for higher rates of mental health issues even for gay people from accepting and stable backgrounds. Those of us from conservative or religious backgrounds are in an especially high-risk category, and can be victim to their own internalised homophobia. Lucy told us,

“If people of faith hear their religious leaders saying being LGBT is wrong, then that can be really difficult.”

So with rejection by family and peers, experience of homophobia and repressive backgrounds high on the list as triggers for a spectrum of mental health-related conditions, we wanted to know if there was any good news that might eventually see LGBT people sharing the same degree of good mental health as the rest of the population.

Lucy told us that people can start to recover,

“When they know they don’t have to suffer alone, that mental health problems affect a large percentage of us, and that help is available”. The first step is always finding the help you need. “People who come to us may look at the website first, and then might call our helpline and may then eventually pop in and see us face to face. For some people, that process can take months. It’s all about building trust.”

Find out more about the LGBT Foundation and access their advice on mental health.