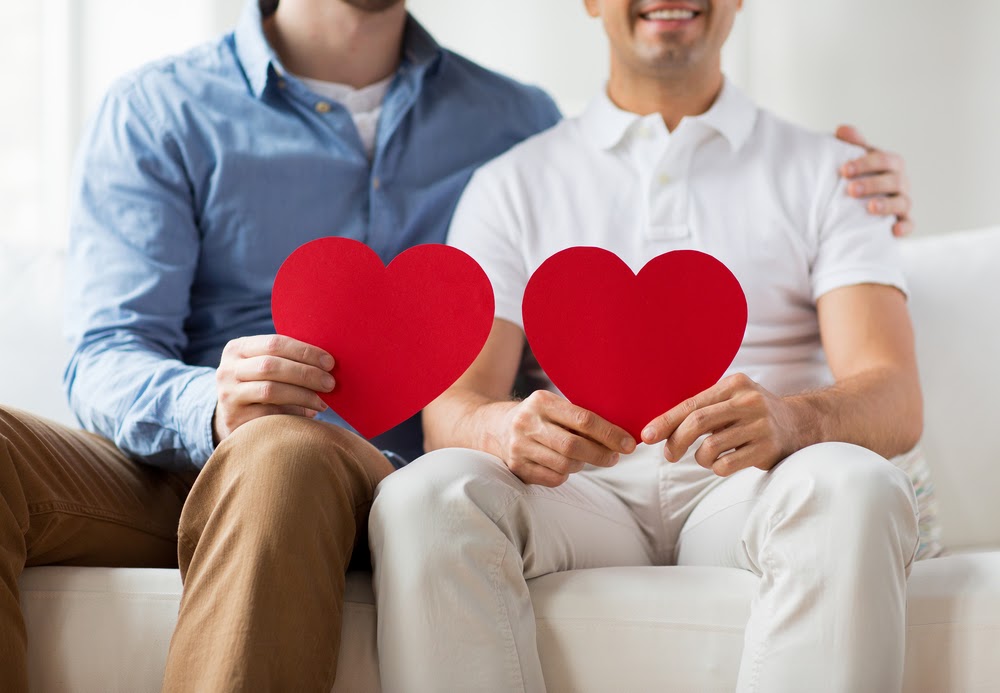 To mark the 50 years of the partial decriminalisation of homosexuality in the UK, we asked readers what it means to be gay to them. Here are some of their answers.

Everything. and it’s very strange because I never used to consider it an important part of my identity. (Jake, London)

Freedom and independence, but an ‘edited life’. I come from a wealthy upper middle-class background and came out when I was 18. The deal I reached with my parents was to be gay in London and not talk about it at home or with family. Being gay is not part of the values and culture of our family, friends or community in the countryside. It’s joked about, but only a few are down right discriminatory. So I am free and independent in London and lead an edited life where work, family, and friends back home are unaware. (William, Wiltshire, England)

It felt like a weight had been lifted off my shoulders. That I could wake up every day knowing that I didn’t have to hide who I was, that I could breathe freely without worrying who knows my secret. But I always think being gay isn’t the thing that defines me, being gay is one of the many parts of me. (Matty, Manchester, England)

To me ‘gay’ is a lifestyle, bars clubs, steam baths etc, I prefer the term ‘ men who has sex with men’ i.e. conventional in every way other than who I prefer to f*ck. (iphotoguys, Brighton, England)

Being gay for me is about freedom. The right to choose my own life and how I live it. It’s about being confident in who I am and not being afraid to show. No matter the opinions of other people, always having the confidence in myself to live the life I want and deserve. (Aaron, Preston, England)

Honesty. Genuine honesty. It also feels the most natural thing in the world. (Peter, Winchester, England)

I’m finally the true complete person I was meant to be. I’m still Dad, Son, Brother, to my amazing family and they are simply happy because I am happy. (Graham, Dudley, England)

5 years ago, being gay meant having to admit that’s I am different to all of my friends and my family. It meant that I had to stand out from the crowd when I had tried so hard to fit in before. It meant putting a target on my back at school and everywhere else I went. 4 years ago, being gay meant meeting a completely new group of friends, friends that I could be myself with and friends I knew I would have for life. It meant that I could sneak into clubs I was too young for and it meant exploring my sexuality. 3 years ago, being gay meant travelling the country to experience different “scenes” and finding my favourite places in the world. Being gay meant partying all day, every day with no excuses, regrets or apologies. 2 years ago, being gay meant reconnecting with an old friend who had newly come out. It meant meeting more new friends that I knew I would have for life, just like my school friends. Being gay opened me up to a world where there was no judgement only fun and funny times. Last year, being gay meant that I met the man of my dreams. It meant finding the one person who would love me for who I am and who I will grow into becoming. It meant changing everything I ever thought I knew about myself and finding new parts of myself I didn’t know were in me. This year, being gay has meant being part of a community that marches against people who refuse to accept the fact that we should be free to love who we love, however we choose to love them. This year being gay meant protesting for the Chechen LGBT community in my first ever protest. Being gay to me means having pride in who you are and not apologising for any second of it. (Leon, Birmingham, England)

It means my fabulous children, twins, a boy and girl. They are in their 50’s now. They have provided a treasure chest of unforgettable experiences, specifically because they’re gay. So special ❤️❤️  (Simply Sharon, Louisiana, USA)

That I can love all kinds of people but when I make love I do so without shame or reservation knowing that it is with a person based on mutual attraction, not social convention. (Philip, South-west England)

It’s part of who I am and makes me who I am, I’m proud that I’m gay and I’d happily help the LGBTQ+ community to feel just as proud as I do. It makes sure me different in a world of sheep. (Bella, Bristol, England)

Being yourself and for all people to accept who you are. (Ian Smith, UK)

It made me more aware of what is happening in the world. I also learned to say NO because I got into learning what is allowed and what is an act against my rights. And I also love to turn some people off by showing them that their insults don’t get to me because I’m gay and proud. (Lukáš, The Czech Republic)

Being myself and not living in fear of it. (Garry, England)

Not only about sexual attraction. It’s being emotionally involved with a same sex person. (Erwan, France)

Being attracted to men. No more, no less. (Sam, UK)

It means being who I am. Being able to live my life with out fear, and able to love my partner freely and together sharing our lives. (David, England)

Being gay represents part of who I am. It also allows me to see the world from a different perspective and analyse issues in another way. (Sean, Peterborough, England)

If I wasn’t gay I would never have met my wonderful husband. (Peter, Glasgow, Scotland)

I hid my sexuality till I was 26 yrs old, I grew up in a military family so when my father found out he left a nasty and heartbreaking letter for me, which I still have to this day at 48yrs, my mother was so loving, but now,22 yrs later my father is amazing. He has accepted it, he has met my partner, even gets angry as to why we can’t get married in this country.

I don’t know what it’s like to be Straight. As long as I can remember I have not known anything else. Although I have had relationships with Women. It never felt right. And now been with my lovely Husband for 18 years.

I am gay and thankful for all those who have gone before to make my life a good one with rights and privilege that I enjoy as a gay man based in the UK. (Elijah, Swansea, Wales)

Came out five years ago after much denial, found my first boyfriend and never looked back. (Neil, Thurso, Scotland)