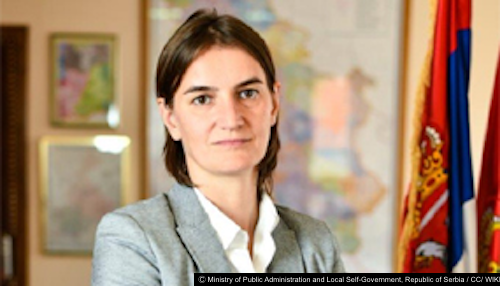 Although Ana Brnabić was nominated by Serbia’s President, Aleksandar Vučić, to become the first woman and openly lesbian Prime Minister she may fail to get enough votes from the Country’s politicians.

Ana Brnabić was nominated by Serbia’s President, Aleksandar Vučić last week and is set to become Serbia’s first female PM but also the country’s first out lesbian leader. However, her leadership could come unstuck if Serbia’s politicians fail to vote for the 41-year-old. According to PinkNews, some are allegedly refusing to vote for her, because of her sexuality.

If this happens, a public election could happen, putting her future into the hands of the Country.

Serbia has a relatively poor history on gay right’s matters, having only legalised same-sex sexual activity in 1994. The country does not have any recognitions for same-sex partners and gay marriage is constitutionally banned.

President Vučić has met with 100 of Parliament’s 250 politics, apparently securing their votes, but she still needs 26 more votes to become the Prime Minister.

Ms Brnabić has had a quick rise to the top having been elected as the Minister of Public Administration and Local State Governments in 2016.

Politicians were due to vote this week on whether Ms Brnabić becomes the next PM, however, the vote has been pushed back.