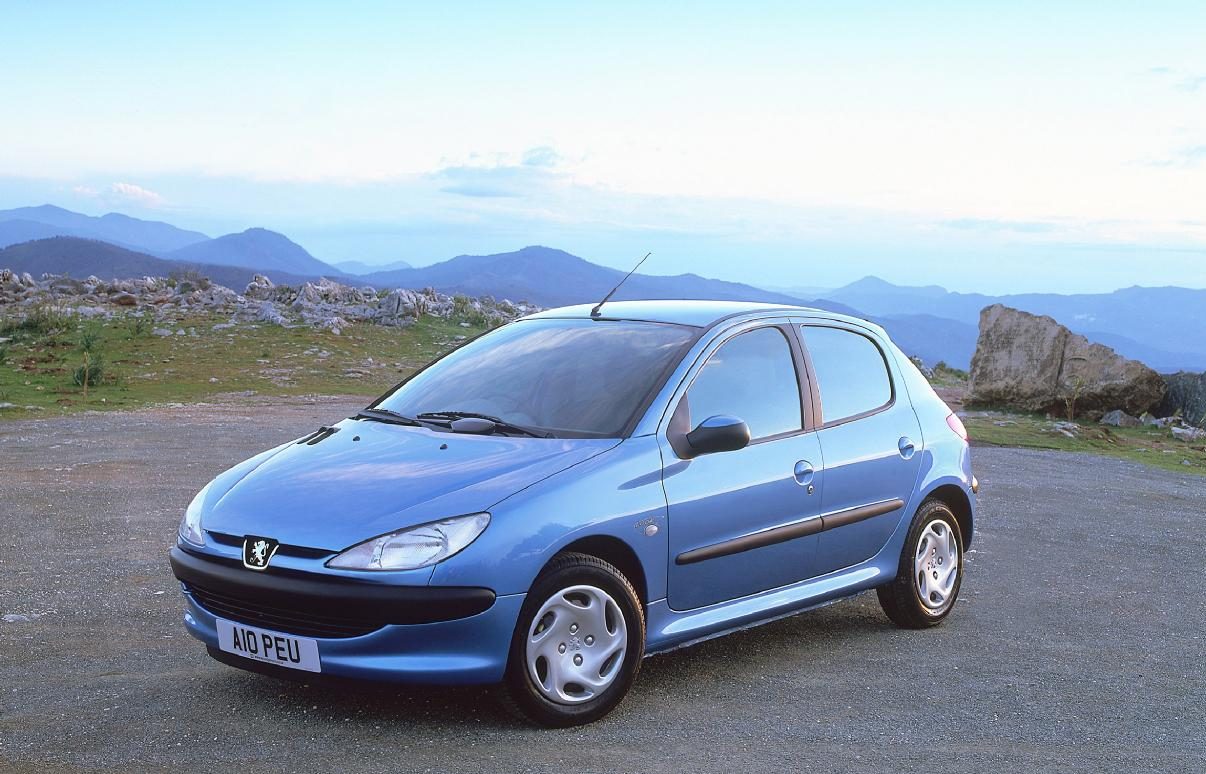 I was there to see the launch at the NEC. A kind Peugeot PR allowed me to climb over the fence and tickle the 206 Escapade models faux-suede bumper coverings. A car that was launched to the world the same time as Ford unveiled their outrageous Focus. Competition was fierce.

The 206 was as far removed from the new design language used by Ford for the Focus as could be possible and by Peugeot themselves. This was a new age for the dancing lion of Sochaux-Montbeliard. Penned by Pininfarina, the 206 was a very attractive car then and now. Unlike monstrosity that Peugeot designed in-house called the 307. The rear quarter of the 206 was also reminiscent of that from the 205. A great car that saved Peugeot from the depths of hell.

Speaking of that rear pillar treatment, its language made it onto the 5 door model too which was not the case with the 5 door 205. However, what Peugeot did on the 206 SW was unforgivable. They fitted really cheap feeling door handles hidden in the door frame to give it coupe-like lines in a box body. The SW was no shooting break like a Scimitar GTE famously owned by Princess Ann or TGUK’s previous motoring editor Alan Taylor-Jones (Tell him on Twitter about Ann’s connection with the GTE at @alantaylorjones. He loves to hear it) That cock-up still haunts me today on what might have been an otherwise perfect car in all its guises.

But we can forget the 206 SW because there were 2 models that were the main talking points for the 206. The stylish CC with its folding metal roof. Stylish that is if you ignored the convoluted boot top and bugger bars on top of it. What that was all about no one actually knew or could tell you about. Even the pressmen couldn’t tell you.

Another amazing thing about the 206 was it was just a little bit nice on the inside. Ignore the over grooved grainy plastics and the cabin was quite fresh looking. The electric window switches didn’t quite come to hand and you needed to look for them but nothings perfect.

In all its model guises had something to suit everyone.

Handling was high on the agenda and no matter what 206 you bought, it could always prove fun no matter what engine you chose from the long list of available engines to suit. From a light 1.1 petrol to a torque packed turbo diesel, the 206 in all its model guises had something to suit everyone. Everyone that is except the hot hatch driver. The 206 GTi was vaguely luke warm and even the GTi 180 with its big 17” alloys and bucket style seats was still somewhat off the pace by the pack leaders from VW and Ford.

But all this was forgotten when it came to the world rally championship and the rally weapon that was the 206 WRC. This was a super-compact car that stormed its way up the rally charts like the 205 before it. To add to the excitement for us Brits was the late Richard Burns (1971 – 2003 ) who would regularly bring home the points for Peugeot. The 206 WRC had big boots to fill and it filled them well. What it didn’t fill were the bumpers. On the road car, they looked good. On the rally car, they were enlarged to accommodate rally things so Peugeot decided to make a road-going rally special that you could buy. It was a standard 206 with the rally car bumpers. It looked a little Jimmy Hill as a result and it did not look like the rally car even with the optional rally pack of decals.

The Peugeot 206 falls into two camps on the GBU. If like me and you can’t look at the SW and CC without wincing well there are things you can do. For the SW, burn those door handles with a blow torch and the CC, strap a wicker basket to the boot like an old MGB.

The Peugeot 206 HATCHBACK. A good car that still looks good today. Trouble is because it’s had so many reinventions like Madonna around the world that no one at Peugeot actually knows if it’s still being made or not. You might still be able to buy them new for all Peugeot know!