The original rainbow flag is coming to the UK 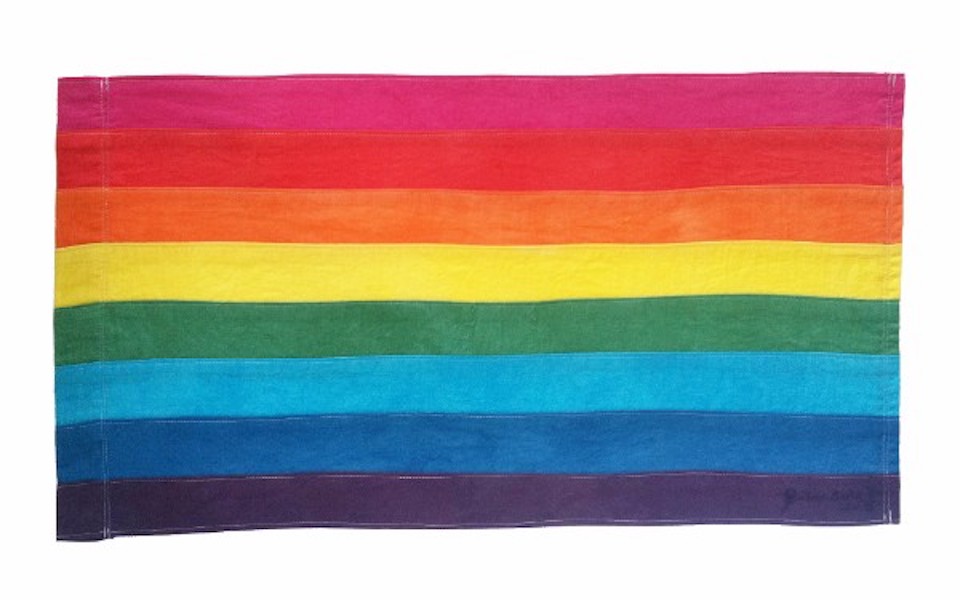 Gilbert Baker’s original rainbow flag is going to be displayed in London’s Design Museum – as a permanent feature.

The original iconic rainbow flag, created by Gilbert Baker in 1978 is to be displayed permanently in London. The Design Museum in London has acquired a series of new objects for its permanent collection

The rainbow flag, originally created by San Francisco artist Gilbert Baker, is the Design Museum’s first acquisition since moving to its new home in Kensington High Street. Identified as one of the defining designs of the modern age, the flag was part of an original series of ten that Baker designed and created in 1978.

Also known as the gay pride flag or LGBT pride flag, the design reflects the diversity of the LGBT (lesbian, gay, bisexual and transgender) community. Originating in northern California, the flag has been adopted worldwide and is now a globally recognised symbol.

Gilbert Baker sadly died earlier this year at the age of 65.