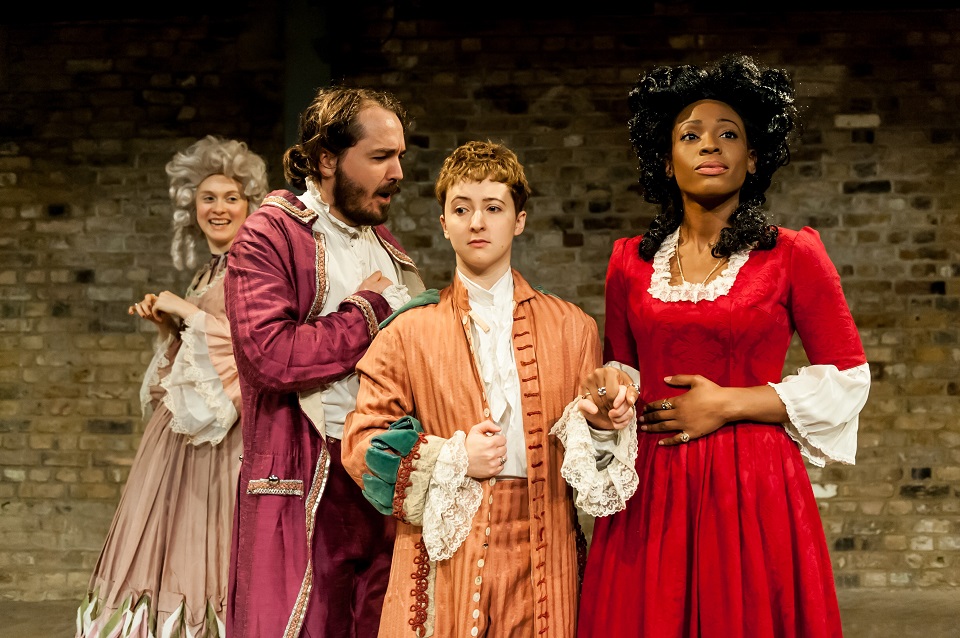 Callisto is four tales for the price of one in a time travelling epic concerning queer people in different eras. They’re not stand alone stories but are interspersed and entwined with each other. Basically, it’s a poor man’s ‘Cloud Atlas’ but with LGBT people. The first tale is about opera singer Arabella who’s married to another woman and about to be exposed and get herself in some serious trouble. Secondly, Alan Turing is talking to the mother of the boy who was his first love. Thirdly, Tammy is on the trail of a hot porn actress who she’s become infatuated with. Finally, CAL is an A.I. in the future who’s fallen for a human.

They’re a mixed bag of plays which don’t all work as well as they might and there’s something derivative about the whole set-up at times. The scenes about the 17th-century female couple are the strongest and the Alan Turing scenes are cleverly written but lack much drive, floundering in parts. The other two sections fare less well, especially the futuristic part. If the future involves talking in strange mixed up speech whilst wearing bicycle lights shining down your legs and tee-shirt, culottes combos with odd side ties then count me out of it.

The production has merits with strong acting and a wry sense of humour but doesn’t quite fill its potential. Regardless, it’s an engaging evening and worthy of a look.

Callisto a queer epic is playing at the Arcola Theatre, London