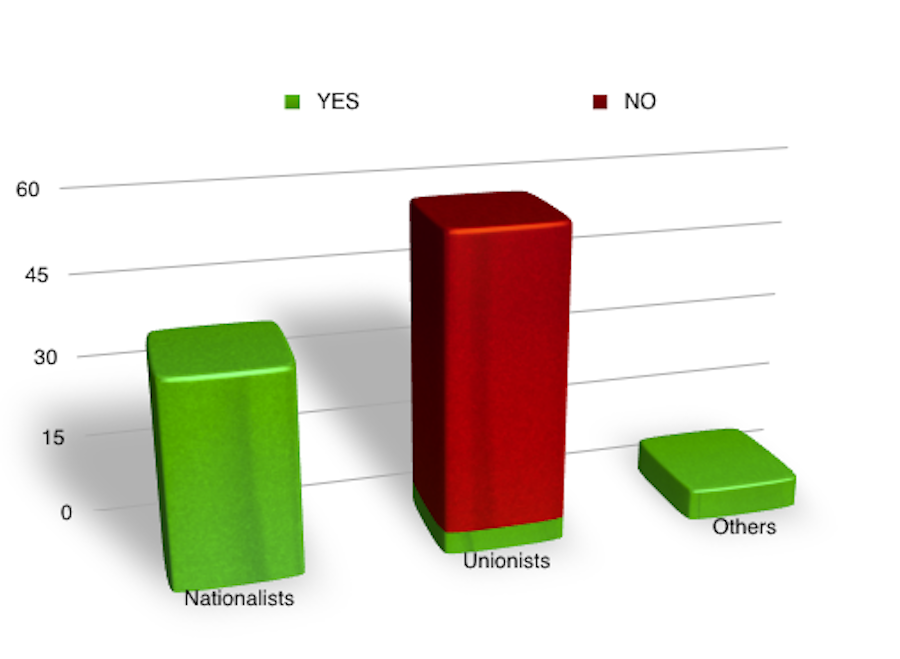 This worrying graphic shows how the DUP voted on same-sex marriage in Northern Ireland in 2015.

As you can see all other parties in Northern Ireland voted positivity for gay marriage, however only the Unionists voted against same-sex marriage. Same-sex marriage has come up for voting four times. Each time it is voted down.

96 MLAs took part in a vote for same-sex marriage in Northern Ireland, 49 of them voted against the Sinn Féin promoted motion, despite a Belfast Telegraph poll in September 2014, showing that a majority of the Northern Ireland population supporting same-sex marriage. 40.1 percent of those surveyed supported equal marriage, while 39.4% opposed it. 20.5% had no opinion on it either way.

With Sinn Féin, SDLP and five Alliance MLA’s supporting the proposal, the DUP and Unionists road blocked the bill which would see all LGBs given equality in marriage.

All DUP members voted against it and of 53 unionists, just four voted in favour.