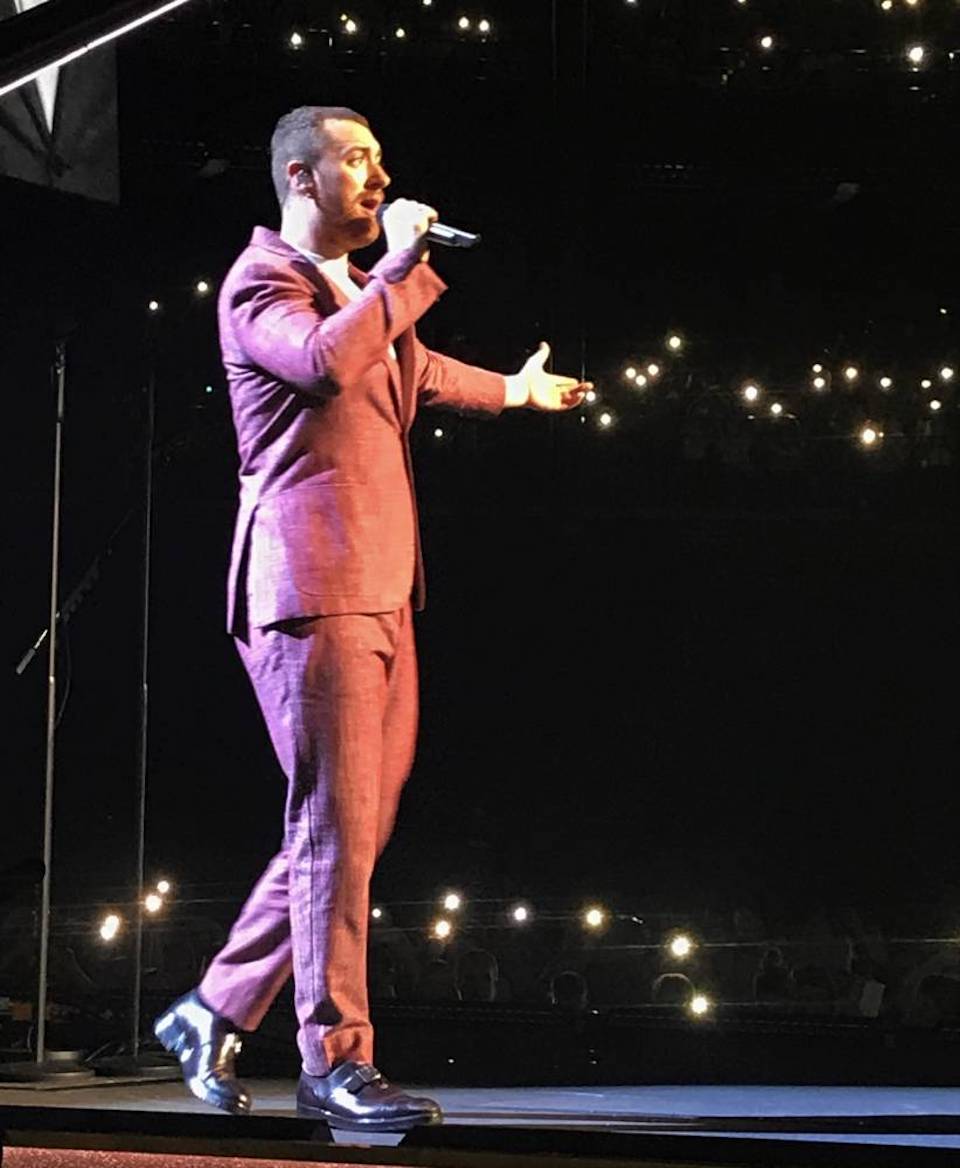 Travel expert, Ray Si takes to the roads to check out Sam Smith in Belgium in a gay travel special.

If music be the food of love, and travel broadens the mind, then it follows that undertaking a trip to watch a live music concert should make you lovelier and more broad-minded than you were to begin with. There seems to be logic to that, but you would probably have to ask someone with a more academic background. However, it’s a nice thought, so let’s go with it. But it takes more than nice thoughts to make all of the logistical pieces of a trip to an arena show fall into place these days, as was evident when I attempted to secure tickets for Sam Smith’s London O2 show.

Despite springing into action as soon as tickets were announced, I encountered what is becoming a regular stumbling block for gig-goers of late, in that as soon as they come up for sale, a quick scan through the box office website generally reveals that all of the best seats have been bought out by a sister site, and the prices inflated way beyond face value. This was indeed the case, and I did want to see Sam Smith live. What’s a boy to do? A scan through other available tour dates, a quick flex of the credit card to the tune of €66, and I was not only able to secure a 4th-row ticket at the Sportpaleis in Antwerp but give myself the perfect excuse for a short break in Belgium. Not that anyone really needs an excuse to head off to Belgium.

Okay, so in the grand scheme of things, I didn’t really save much money doing it this way, because of course, I now had to include the cost of a hotel and a Eurostar ticket, but what I did end up with was a mini holiday in another country for the price of the original London seat.

Any trip from the UK to Europe is best done on Eurostar, and believe me, the new trains add a whole extra level of convenience and comfort to your journey. Tickets and check-ins for the train are simplicity itself, and with spacious seats, power sockets, and entertainment (via WiFi) and a generous luggage allowance, the journey couldn’t be more enjoyable. Eurostar’s new Standard Premier is even more spacious, quiet, and has a cute meal and drinks service included.

As a small celebration for getting such a good seat for the show at such a reasonable price, I thought that I’d splash out a little on accommodation and chose The Dominican hotel in central Brussels. Not only was its central location wonderfully convenient, but it is one of those hotels where you can’t help feeling a little bit special. Built on the site of a Dominican abbey, hence the name, this majestic hotel mixes utmost modernity with historical elegance and abounds with antiques and artwork from more classical times.

There are plenty of options to eat in at The Dominican, but with such a short time to fit in as many new experiences as possible, I wasted no time in finding a great little restaurant in the guise of the wonderfully named Ricotta and Parmesan. Cheesy in name perhaps, but anything but cheesy in nature. It’s actually a wonderful Italian eatery, a blend of traditional flavours served in modern ways, although having mussels on the menu this far from the sea is odd, though it does allow diners to crack a Jean-Claude Van Damme joke or two.

Although Antwerp and Brussels are only an hour apart, to save having to fight through all the other gig goers jostling to get to the same station after the show, I thought it best to book something more convenient for apres-gig accommodation, and the B-aparthotel Moretus was the perfect combination of comfort and practicality. Not for me a fight through the madding crowds just to experience standing room only in a full to the brim train.

And of course, the reason for this trip was to take in the bruised balladry of Sam Smith, no longer the new kid on the block but musically seeming like an old soul, wise beyond his years, and walking a fine line between the melancholic and confessional, and more upbeat and soulful musical waters. And with this current tour spread out across the world right through to the end of the year, my little adventure just goes to show that you don’t have to play the ticket touts’ game, and with a bit of planning, you can use the live show as the jewel in the crown of a fantastic short break.