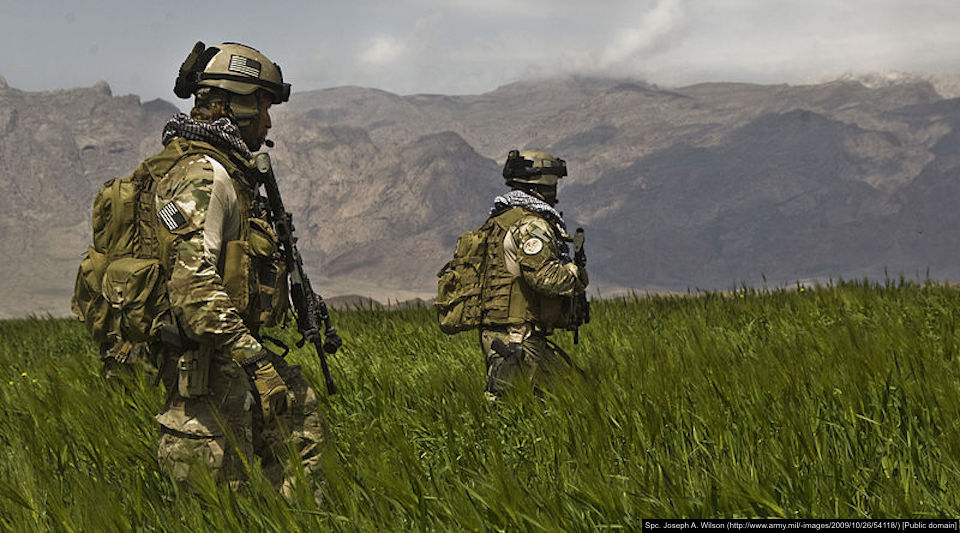 Earlier today, US President Donald Trump announced – via a series of tweets – that transgender Americans will no longer be allowed to serve in the US armed forces. This reverses a policy implemented by former President Barack Obama last year and was, according to sources close to the Pentagon, completely unexpected.

The move has caused a wave of controversy throughout the country and reignited a social war many Americans thought was behind them. It has also baffled many people, who fail to see exactly what this is supposed to accomplish. Trump mentions the “tremendous medical costs and disruption” that transgender troops entail.

Yet thousands of trans people are already serving – many of them openly – in the US armed forces, and the Department of Defense has found no evidence that they undermine unit cohesion. Additionally, a 2016 study commissioned by the Department of Defense to study this very issue found that an “exceedingly small portion of active-component health care expenditures” was spent on trans people, with trans healthcare representing only a .0005 to .017 per cent total increase on defence spending.

These facts are leading many in Washington to speculate that the ban is actually intended for political reasons. Whether to distract from the investigation into possible collusion between his campaign and Russia to sway the 2016 election or from the Republicans’ shambolic attempts to repeal Obamacare, people are being left baffled by what exactly this ban is meant to accomplish.

Why now? What does this ban mean politically?

A Trump administration official may have cleared it up though, telling Axios reporter Jonathan Swan that this was designed to be a wedge issue between Democrats and Rust Belt voters in the 2018 midterms. Indeed, the move may well help rally his base – which sees what they call “identity politics” issues as distractions from the economic concerns (though largely remain oblivious to the fact that by making this an issue they are the ones playing “identity politics”) – and win him some votes if he is able to use this as a distraction from other issues.

This strategy worked for former president George W Bush in 2004, when he successfully used a proposed amendment to the US Constitution that would ban same-sex marriage to turn out evangelical voters. Of course, that year Mr Bush had several referendums on whether to ban same-sex marriage at the state level, and Mr Trump is unlikely to have anything similar to draw attention to this particular issue, especially given the gravity of the Russia investigation and the gridlock his party has perpetuated in Washington, where the Republicans hold the Oval Office and both houses of Congress. And the 2018 midterms are a long way away, politically speaking, so whether this will pay off the way Trump hopes is unknowable right now.

Activists at the ready to rally against the trans ban

Still, the move has mobilised LGBT activists, who have roundly condemned Mr Trump’s announcement. “Trolling at tis finest from a man who’s never served & shown up the way trans servicefolk have & are,” trans activist and author Janet Mock tweeted. Meanwhile, disabled retired army Sargent Shane Ortega told MSNBC that Trump is using trans service members “to invoke some sort of emotional reaction from the public to circumvent his own investigations that are going right now towards his impeachment.”

Along with the questions about why the president did this, some people are raising a very real concern about what happens to the trans troops already serving openly. “The DoD has released many videos this year of trans service members telling their story,” Gizmodo’s Matt Novak tweeted. “What happens to these people now?” It’s a question that the thousands of trans people who are already serving will want answered, and quickly. Whether they will be discharged or not remains to be seen.

Another question we don’t yet have answered is how this ban is going to take shape. Trump has announced it on Twitter, but that does not an executive order or bill make. Defense Secretary James Mattis is on vacation and the Senate Armed Services Committee and Pentagon were both blindsided, the latter referring questions on the policy to the White House. We don’t yet know the exact terms of this ban or whether a court would uphold it when its constitutionality is invariably challenged.

Whatever the final outcome, Mr Trump can no longer pretend to be an ally of the LGBT community – something he has routinely claimed to be since his days on the campaign trail – nor can Jared Kushner and Ivanka Trump pretend they are “moderating forces,” as they decided the president wouldn’t listen to them on LGBT rights and their “political capital” was best spent elsewhere. It is clear that the social conservative wing of the Trump administration, led by Vice President Mike Pence, has won out.

What this means for the LGBT community going forward is unknowable at this time, but undoubtedly has many trans service members and activists on edge as they wait to see if the president follows through with his tweets and turns bigotry into policy.