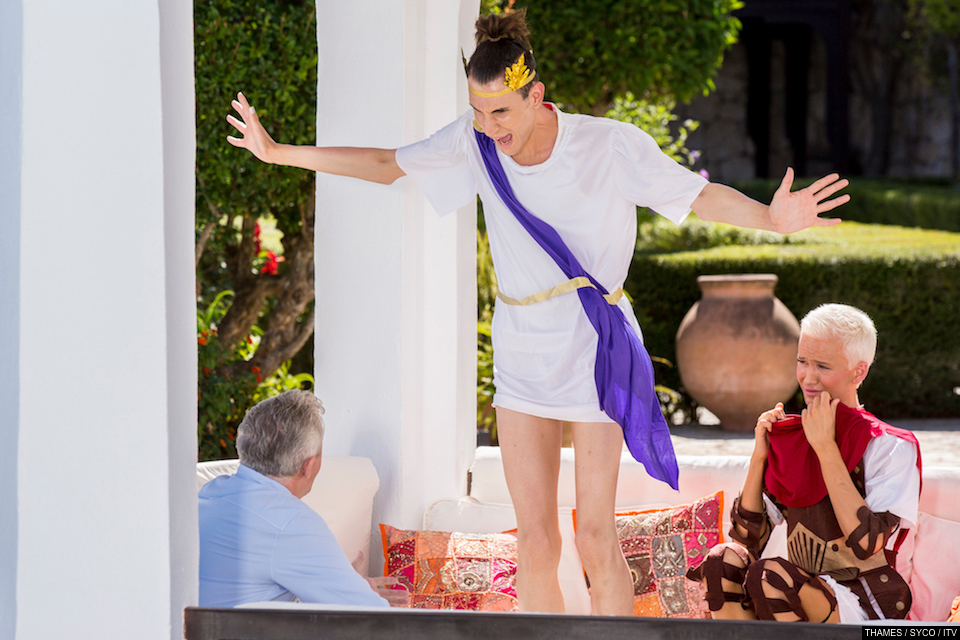 Ottavio, who was one-half of Bratavio has got a new day dream – supporting his dream to become a successful recording artist. The singer, who has just released his debut single – was proud to show off the fact that he now works for the UK’s biggest supermarket – yes Tesco.

The job might be miles away from the glamour of hanging out with Louis Walsh and the X Factor juggernaut, but the star insists he’s still working towards becoming a singing sensation, plus he looks pretty hot in his uniform!

Last year Louis Walsh was heavily criticised and homophobically abused online when he decided to take the duo through to the live shows. In the end, Bratavio’s success on the show was short lived as they only managed to stay the course for one show.

When asked by fans if he had a job – the singer replied, “Yes, I love earning money and following my dream at the same time”.

The duo no longer performs together, and Bradley was recently seen with his boyfriend hanging out at Warwickshire Pride.

Listen to his brand new single here or buy it from iTunes.

Good on you! Keep the dream flying