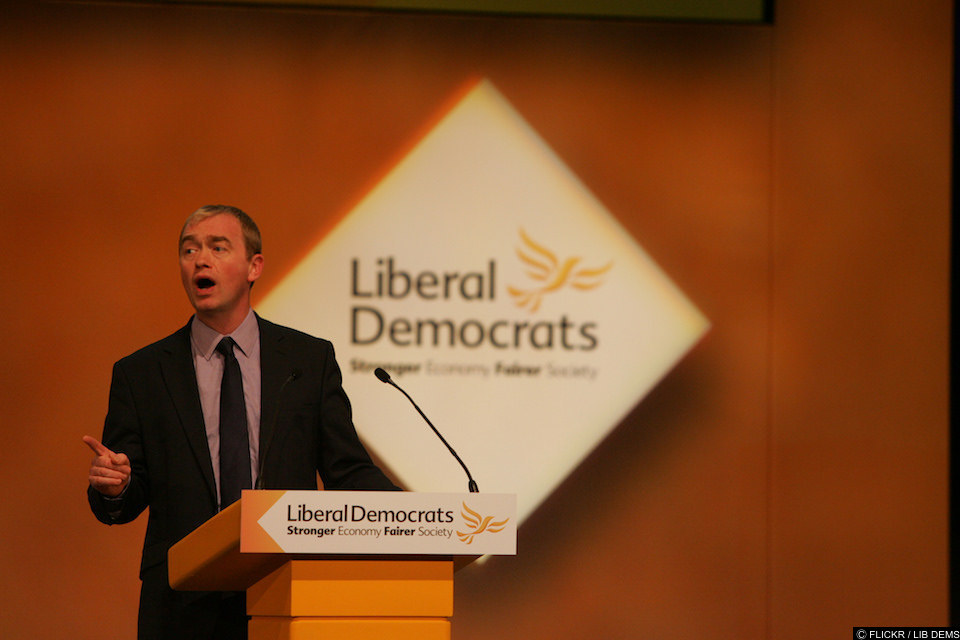 Tim Farron has resigned, and he’s martyred himself in the process. Amidst a disappointing election result for the Liberal Democrats (in which they didn’t earn the dividends expected off their hardline opposition to Brexit) and questions about Farron’s ability to control the narrative around him and his party, he is stepping down.

Farron, though, blames his departure not on any failure of his campaign but because of some imagined persecution. “The consequences of the focus on my faith is that I have found myself torn between living as a faithful Christian and serving as a political leader,” Farron said upon resignation. “To be a political leader – especially of a progressive, liberal party, in 2017 – and to live as a committed Christian, to hold faithfully to the Bible’s teaching, has felt impossible for me.” The kicker, though, was when he complained he was “the subject of suspicion because of what I believe and who my faith is in,” adding that “we are kidding ourselves if we think we yet live in a tolerant, liberal, society.”

The sheer gall of this man.

At the start of the general election, I wrote a piece for The Independent defending Tim Farron’s waffling on whether gay sex is a sin. While as a gay Christian I was annoyed he wouldn’t simply say “no” (though he eventually did), I pointed out that “Tim Farron isn’t standing to be Pope,” and that “if his religion stays out of his politics, which it largely does, it shouldn’t matter what he believes in church, only how he votes in the chamber.”

“This self-pitying, self-indulgent statement from Farron proves not that Britain is some illiberal Christophobic hell, but that Tim Farron is a spineless, whinging loser”.

I stand by this principle. But Farron wasn’t subjected to extra scrutiny because he is a Christian, nor are Christians persecuted in Britain. This self-pitying, self-indulgent statement from Farron proves not that Britain is some illiberal Christophobic hell, but that Tim Farron is a spineless, whinging loser.

After spending the first week or two of the campaign dodging the question of whether gay sex is a sin, Farron finally came out and said that no, he doesn’t think it is. It’s reasonable to ask why, if Farron truly doesn’t believe gay sex to be sinful, that it took him so long to simply answer the damn question.

Farron could have nipped the whole thing in the bud by answering no the first time. He didn’t. He answered “no” only after it became apparent that his campaign was in crisis. At the time I took him at his word, as did many LGBT people, including within his own party. But the persecution complex in his statement makes me wonder whether Farron ever truly believed gay sex wasn’t sinful, or whether he was himself sinning by lying to us all about that.

Many, many Christians – myself included – do not think gay sex is at all sinful. We don’t need to waffle on about not being theologians to say so. The implication in Farron’s statement that he is being persecuted for his faith, because he wouldn’t answer about gay sex, is that the only way to be a “faithful” Christian is to follow some sexual orthodoxy that is not present in every denomination. Farron therefore insults millions of Christians who don’t subscribe to a medieval notion that same-sex sexual activity is innately sinful.

That he seems to have lied is the only logical explanation for why he’s so hell-bent on playing the victim now and why he wouldn’t answer the question directly to begin with. Instead, Farron now pretends that he’s the victim of some anti-Christian witch hunt. But this ignores the fact that other politicians have faced scrutiny over how their faith impacted their stance on LGBT rights, too. The most famous example is probably Sayeeda Warsi, whose Muslim faith has been credited with her own spotty record on LGBT equality. In fact, the LGBT community is frequently used to pinkwash Islamophobia by the Christian right who themselves oppose advances in LGBT equality.

It is insulting to those Muslims who actually face persecution in society to cry wolf here, and Farron should know better. Beyond this, though, it is absurd to insist that there is an anti-Christian prejudice in Britain. The state religion is Christianity, for God’s sake. The head of state is the head of that church. The BBC has a Christian programme – Songs of Praise – on every Sunday. There are Christian radio stations, Christian tv channels, Christian holidays legally celebrated (Christmas, anyone?), Christian names, Christian schools, and even Christian Bale. Hell, a Christian political party that refuses to work on Sunday is set to be the kingmaker for the next government. A country propped up by the DUP is not a Christophobic country.

Other politicians haven’t had to explain themselves the way Farron has, despite their Christianity, and this is entirely down to him. Tim simply hasn’t handled this issue well. I’ve defended him on this before, because I don’t think he should have to answer for his private faith, but this is entirely a mess of his own creation.

“People didn’t dislike Tim Farron because he is Christian. They disliked him because he’s a waffling, spineless elf of a man who even as he resigns cannot accept any responsibility for his party’s defeat”

By refusing to take responsibility for it – and for the Lib Dems’ electoral disappointments – Farron is portraying himself as the victim of some imaginary puscht. It is insulting to the LGBT community, insulting to religious minorities who are persecuted, and mostly, it’s insulting to voters who rejected a frankly untalented, uninspiring politician who misjudged the nation’s political temperature. People didn’t dislike Tim Farron because he is Christian. They disliked him because he’s a waffling, spineless elf of a man who even as he resigns cannot accept any responsibility for his party’s defeat – or that maybe it wasn’t his God, but him, that voters couldn’t stand.