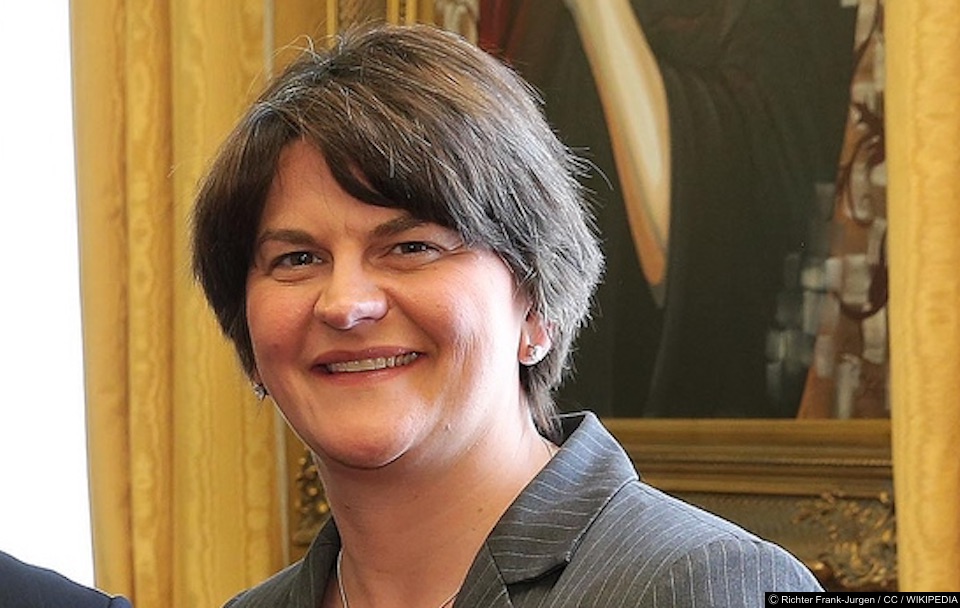 The leader of the DUP, Arlene Foster, has taken a swipe at the criticism and backlash launched at her party for its anti-gay equality policies.

Arlene Foster has defended her party’s policies on LGBT+ equality, after a huge online backlash formed when it became apparent that Prime Minister Theresa May would need to do a deal with the DUP in order to maintain some kind of majority in Parliament. Nearly one million have signed petitions of no-confidence in a deal between the Conservatives and the DUP.

Ms Foster yesterday had a meeting with the UK’s Prime Minster, Theresa May.

Theresa May’s gamble to hold a snap General Election to fortify her party’s stronghold in government backfired spectacularly last week leaving her party fewer less seats than they needed in order to form a majority government.

Speaking on ITV News the DUP’s leader, Ms Foster said they were not homophobic but they “take a particular view in relation to the definition of marriage”, she described the backlash as “hyperbole”.

The Northern Irish government have failed to legalise gay marriage 4 times, with the DUP being the main obstruction to equality. Northern Ireland remains the only place in the UK which does not allow gay couples to marry. It does, however, have civil partnerships.