Hottest gay or bi actors in their 30s

Although it can still be seen as a risk to their careers, even in 2018, there are some incredibly brave, talented and inspiring guys who decided to come out, giving hope to the next generation of actors that they to can be their true selves.

Here are some of the hottest openly gay, bi or queer identifying actors.

Came out in 2005 in an interview with a magazine. Andrew is an actor best known for his role as Jake Simmonds in Doctor Who and is set to star in a new drama commissioned by Channel 4 called Cucumber from Queer As Folk writer, Russell T Davies.

Born: 31st July 1988
Best Known For: Being one of the twins on Desperate Housewives & Teen Wolf
Came Out: On Instagram in 2016. After Desperate Housewives Charlie went on to star in Teen Wolf as Ethan, a gay character who made headlines when MTV aired the first gay kiss, between his character and Danny played by Keahu Kahuanui.

The 27-year-old explained his worries about coming out in the entertainment industry a series of posts on Instagram.

Born: 28th December 1985
Best Known For: Best known for his starring role as Prince William of Wales in the 2011 Hallmark Channel original film William & Catherine: A Royal Romance
Came Out: In October 2017. He also announced that he had married his partner, Eric P. Berger.

Born: 14th June 1981
Best Known For: staring in the Walking Dead.
Came Out: in March 2017, speaking to People he said, “I don’t want to be hidden and have to dodge the question,” he tells PEOPLE of publicly revealing his sexuality. “I’m proud of who I am.”

Born: 10th August 1983
Best Known For: British medical soap drama Holby City
Came Out: Has always been “out”, although he has appeared in both Attitude magazine in 2009 and Gay Times magazine in 2011.

Born: 21st October 1984
Best Known For: Playing Jay in UnREAL.
Came Out: Has always been open about his sexuality and has played mainly gay/bi-identified characters.

Born: 21st October 1984
Best Known For: Actor who has starred numerous TV shows and films including, Mindhunter for Netflix and Frozen for Disney.
Came Out: Jonathan Groff came out as gay in 2009. He was rumoured to have dated Zachary Quinto from September 2012, until July 2013. He now stars in Looking, along with Russell Tovey and he recently lent his voice for the part of Kristoff Bjorgman in the Disney hit Frozen. He also starred in The Normal Heart.

Born: 10th June 1981, Rossford, Ohio, USA
Best Known For: Actor who starred in Mean Girls
Came Out:  Jonathan played Aaron Samuels in one of the ultimate gay cult films, Mean Girls. He appeared in the US version of Dancing With The Stars, three months before he lost his father to brain cancer. He was outed by Julianne Hough during an interview with Extra. He told the Toledo Blade newspaper: “This was his favourite show on television, and when he was sick in hospice the only show he wanted to watch was Dancing with the Stars because he said this show made him feel good. So I’m doing this performance not just for myself but for my father because I know how badly he loved the show and how thrilled he would be that I’m on it. I’m also doing this dance for my mother because she passed away a year before that and they both were huge fans of the show.”

Born:  21st October 1982, Phoenix, Arizona, USA
Best Known For: Kyle XY
Came Out: Came out in 2013, Via a tweet announcing his engagement to Blue Hamilton. Matt Dallas is known for his no bellybutton character Kyle in Kyle XY

Born: 11th October 1977, Webster Groves, Greater St. Louis, Missouri, USA
Best Known For: Magic Mike
Came Out: Came out in 2012 In a speech for his Steve Chase Humanitarian Award, thanking his husband and their children.

Emmy nominated actor, Matt made his television debut in Guiding Light in 2001. He starred alongside Jodie Foster in the 2005 thriller Flightplan. He is married to publicist Simon Halls and the pair have three children together.

Born: 12th January 1986, Eccles, Greater Manchester, England, UK
Best Known For: Hollyoaks
Came out in 2010 September, during an interview with This Morning. Kieron is best known for his role as Ste Hay in the Channel 4 television series Hollyoaks. In 2014 he will make history by playing the first gay character in a British soap to contract HIV, to highlight the growing issue of new HIV Infections in gay and bisexual men.
He also hosts a radio show on the World’s largest gay radio station Gaydio.

Born: 19th January 1980, London, Ontario, Canada
Best Known For: Brothers and Sisters.
Came out in 2008 during an interview with The Globe And Mail
He currently plays the lead role of Jason Howell in the Canadian sitcom Satisfaction. 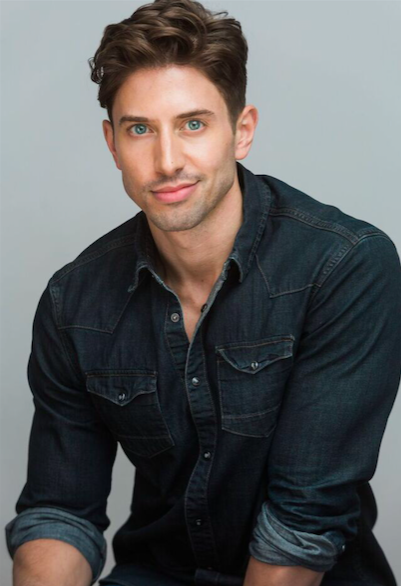 Born: 10th June 1983
Best Known For: Theatre actor and starring in the web series Go-Go Boy Interrupted.
Came Out: In 2009 He and his boyfriend were denied entry to a nightclub in Manhattan, he says, because of his sexuality. He was holding his boyfriend’s hand when the bouncer denied him entry. Taking to his blog and Twitter Nick caused a huge outcry, which led to the further recognition of him as a personality and, his sexuality. 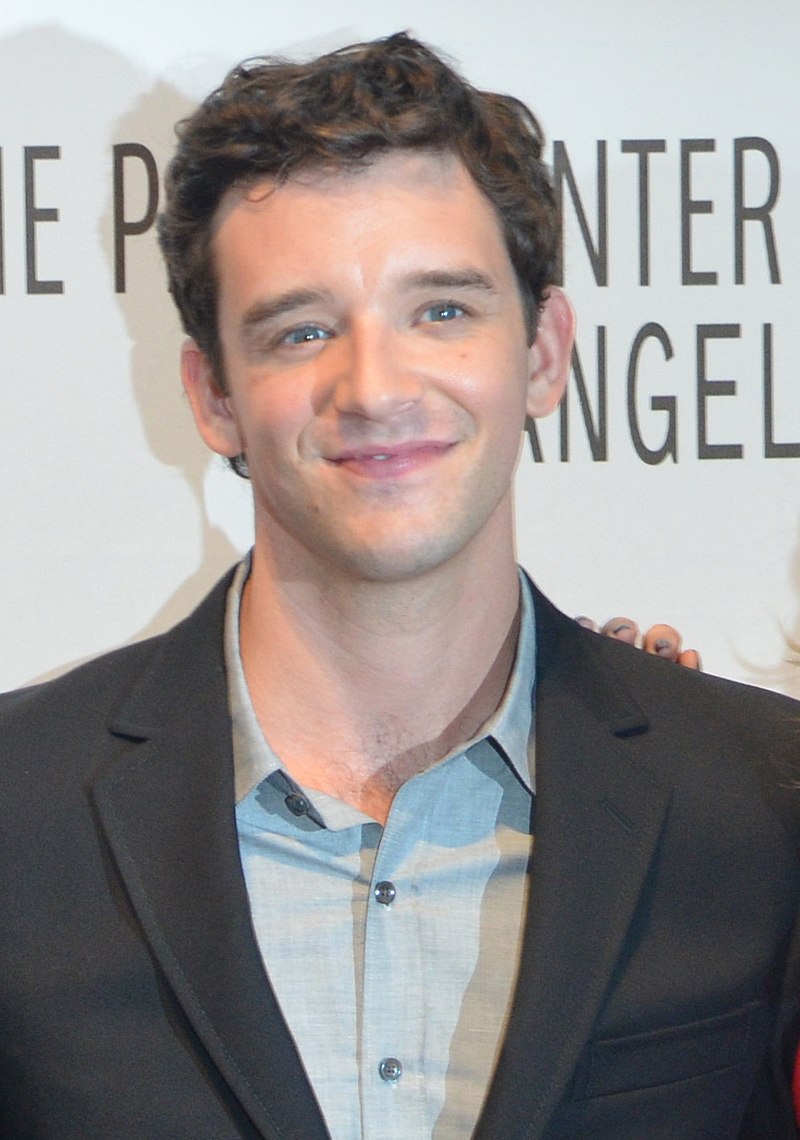 Born: 8th August 1980
Best Known For: Ugly Betty
Came Out: Michael Urie came to the public’s attention with his fabulously camp character Marc in Ugly Betty. He has since become a playwright and touring actor. 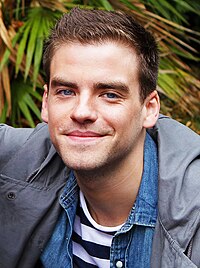 Born: 11th February 1986
Best Known For: Playing Doug Carter in Hollyoaks.
Came Out: Has never officially come out in press interviews, but has not hidden his sexuality. 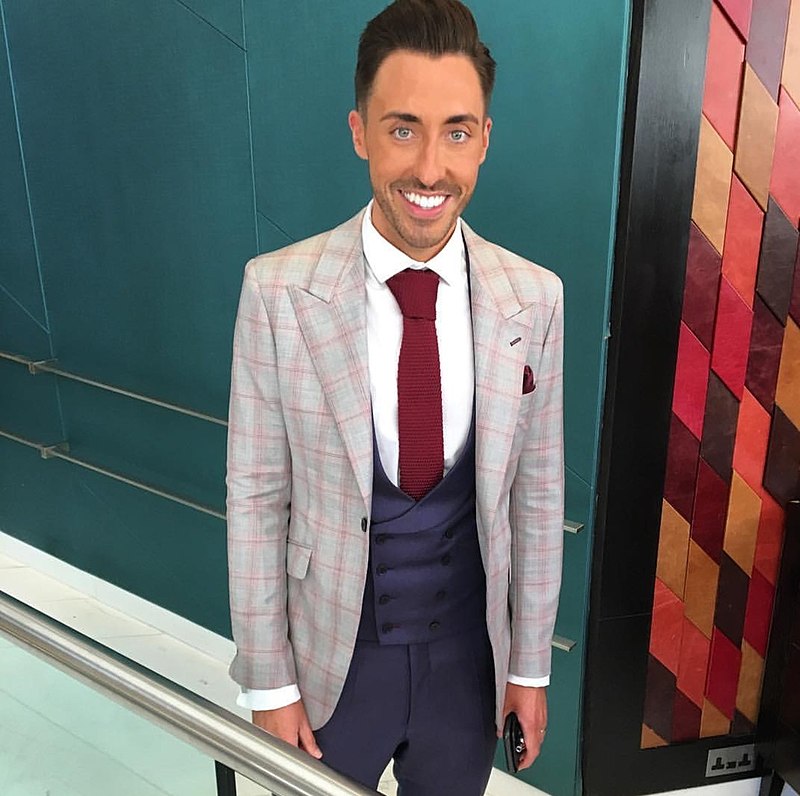 Born: 5th May 1982
Best Known For: Hollyoaks
Came out: In 2016 he became engaged to his partner, Philip Crusham.

Best Known For: One Life To Love, Younger brother to Chris Evans.

Scott also starred in the campy comedy Confessions of a Shopaholic.

Came Out: In an interview with Huffington Post, Tituss talked about his comfort in being gay.

Came Out: The actor who started his career in the television series of Terminator, the Sarah Connor Chronicles, publicly come out as gay after comments made by entertainment exec Brian Fuller. Fuller made comments that a gay storyline in the hit TV series, Heroes had to be axed following a dispute behind the scenes. The actor’s management allegedly threatened to pull the actor if the storyline went ahead.

Born: 1983
Best Known For: Damages and the gay movie, Keep The Lights On
Came Out:

Born: 2nd June 1977, Pittsburgh, Pennsylvania, USA
Best Known For: Heroes and Star Trek
Came Out: Zachary Quinto is probably one of the most famous gay actors under 40 in Hollywood having secured the role of Spock in the Star Trek franchise of films. Before that, he played Sylar in the paranormal television series Heroes.