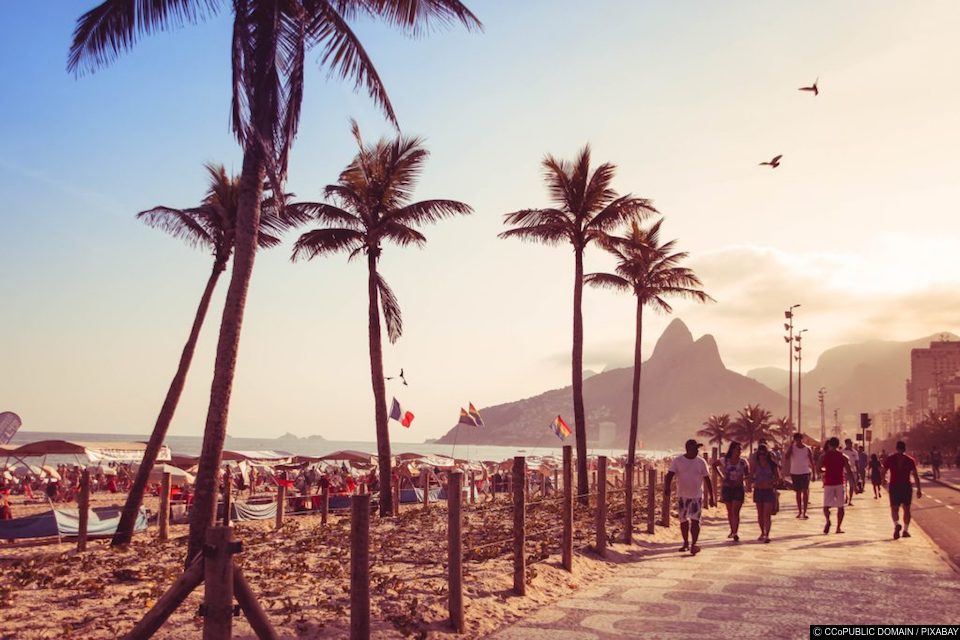 So you’re getting married? Congrats! We bet you’ve got enough on your plate and could spare having to plan the holiday of a lifetime on top of that. Have you come to the point where you’re pondering all the unanswered questions and steps that are separating you from actually jumping on that plane?

One question that should never be left ignored is whether you picked a honeymoon destination that is gay-friendly. With a whopping 75 countries still having some form of anti-homosexuality law, it’s easy to see how your perfect holiday could go awry. Although not feeling comfortable showing your affection to your loved one in public is not something you should ever have to deal with, it’s an especially unwelcome feeling on this special occasion. So, we’ve put together a list of the most gay-friendly honeymoon destinations; areas filled with beauty, vibrancy and friendliness.

Bring out the glitz and the feathers! Rio has been a favourite of same-sex partners for decades. With its vibrant carnival and world-famous gay-friendly neighbourhoods, Copacabana and Ipanema, Rio ticks many boxes. The beaches are gorgeous, the views phenomenal, the nightlife exciting and the food amazing. We may also have a soft spot as the Rio Olympics saw the record for the most out athletes participating in history.

Barcelona is constantly at the top of the most LGBT-friendly lists — and with good reason. A great mix of delicious tapas, fabulous sandy beaches, stunning historical buildings, balmy year-round climate, and a selection of gay bars, saunas, cruises and hotels to boot make it easy to see why it’s a holiday favourite amongst the gay scene.

Same-sex marriage became legal in Iceland in 2010, but the country always had a relaxed and accepting attitude towards gay couples. For one thing, their prime minister is openly gay! Despite all this, the beauty of this outlandish country is what will captivate you the most. Don’t miss the Blue Lagoon: a geothermal spa located in a lava field where you can soak in milky blue water at any time of the year.

Gay marriage was legalised in 2010 in Argentina, but Buenos Aires was a mecca for gay travellers way before then. Dubbed the “most European place in South America,” it’s a sprawling city rich in history. Take a stroll hand in hand along the pedestrian Calle Florida in the Microcentro, or in the Recoleta, Palermo and marvel at all the beauty without a care.

Cancun has so much more to offer than the hedonistic reputation that precedes it. There’s a bit of everything for everyone. Sure, there’s the crazy night life if you fancy that, but there are also a whole throng of gay beaches and hotels to pick from, and a carefree, ‘live and let live’ vibe that’ll put you right at ease.

One wouldn’t always think of the African continent when it comes to gay-friendly travel destinations, but South Africa was the fifth country in the world and first in Africa to legalise same-sex marriage. Seen by many as one of the most beautiful cities in South Africa, Cape Town promises spectacular scenery, incredible beaches and exotic wildlife. Drive safely, though, as the baboons run free!

Taiwan may also come as a surprise for a gay-friendly destination, but it is one of the most accepting countries in Asia. There’s something for all tastes and tonnes to explore for such a tiny island, including nine national parks (don’t miss the Taroko National Park), a bustling metropolis, pleasant sub-tropical weather and beautiful, remote beaches.

The sun always shines in the South Californian desert oasis of Palm Springs. As a city that boasts the most same-sex (and the most clothing optional!) hotels in the world, it’s easy to see how you’ll have a great time. Rather go golfing? Hiking? Clubbing? There’s little that can’t be had in Palm Springs.