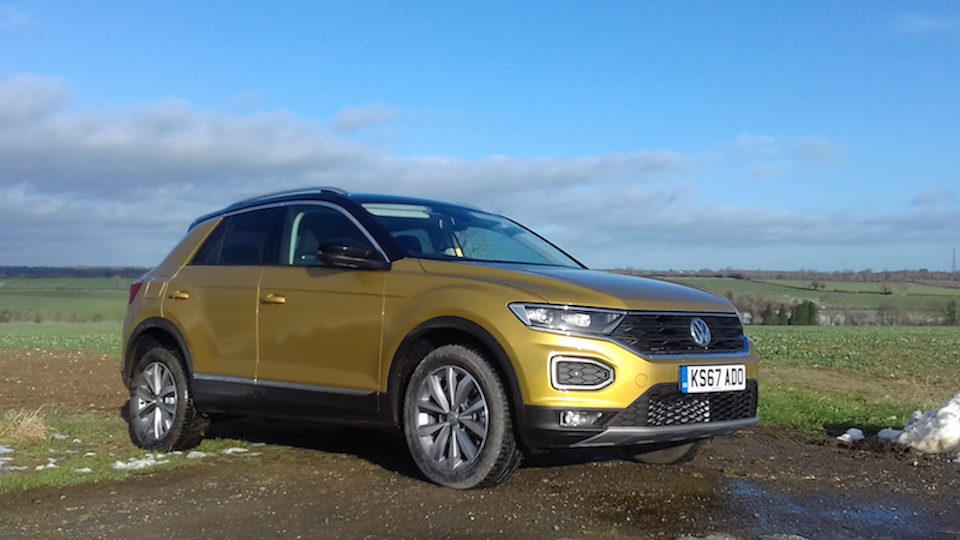 Volkswagen has been busy over the past few years. The needs of the motorist are expanding and their demands are greater than ever before. There once was a time when all you had to do was choose between a saloon, a hatchback or an estate.

Late to the party, VW is now making up for lost time by entering the smaller side of the sports utility vehicle or SUV for short with the recently launched T-Roc.

They are not quite so new to this segment though, their big Touareg has been on the market for the past 15 years. So have they learned from their past.

I’ll try and hide my sort of dislike for SUVs. Unless it is four-wheel drive, I find them nothing more than jacked up hatchbacks on which they are based. The T-Roc being the Golf equivalent. If you look at market shares, the SUV is the fastest growing sector and expectations are growing. People want SUVs for several reasons. One of the main advantages is the view. You sit that little bit higher in one – giving a better command of the road. There is also a sort of status with an SUV. It says “we have a lifestyle that demands this go-anywhere-vehicle” in a way the Chelsea tractor did for those yummy mummies in the 90s and 00s

If truth be told, most SUVs on the road are mainly front wheel drive. VW themselves predict over 75% of sales to be for the FWD platform. They also predict the 1.0TSI SE to be the biggest seller so that’s what we tested first.

VW have done their homework. The four model choice allows the T-Roc to be made to suit the needs of the individual. There are choices not only for the alloy wheels but SE and Design models also get the choice of wheel colour. There are four choices of roof colour to be had and the Design model also allows you to spec the dashboard trim to contrast with the exterior colour. Exposed bodywork within the cabin, even in the higher spec models breaks up the monotony of blacks and greys.

Attention has been made to the inside too. It’s all very Volkswagen and well put together. Everything is where you expect it to be. Seats are comfortable and if it wasn’t for the hard plastics on the dashboard and door trims it would be all rather tactile. It isn’t though. The use of hard plastic is something VW has said the market expects at this price, from this brand at least, you don’t.

It’s fitting for an SUV in that it is rugged but it isn’t the usual VW style I was expecting.

Thankfully there is joy to be found in the little 3 cylinder 1-litre engine. I said this before when I was swept away by its brilliant ability in the Golf. It gives you all it can in a pretty short spread of torque. 148 Ibs/ft is available from 2000 – 3500rpm. After that, the horses take you up to 5000rpm where a gear change is needed. You will, of course, change much lower down with the amount of power available.

What will become apparent however is front wheel tramping if it ever tries to put down all that power from a standing start. It’s quite disconcerting at first. I know the torque figure isn’t massively high in numbers yet this wasn’t noticed in the other models we’ve tested before.

The ride was surprisingly composed for what is a jacked up hatchback. It was a bit floaty in some areas and this added to the urgency of the little 3 cylinder engines excitement. It definitely added an element of ‘sports’ to its SUV title. Care and attention have been given to the T-Roc’s driving dynamics and this is evidenced when you drive it. The T-Roc felt light and spritely on the open country roads around Aynhoe and down fast A roads. Comfortable too from both the driver’s seat and passengers were observed.

The T-Roc is good but not the best. It carries VW into the small SUV market with another car that they will sell confidently in high number. I’m just not sure I agree with them that the best seller will be the 1.0 TSE SE. For me at least I’d prefer to splash out another £2000 and have the 1.5 TSI Design. Some detail changes made it feel nicer as personal transport goes and the engine is so much the better. For a start, the 1.5 with 185 Ibs ft of torque spread across a far greater rev range was better distributed to the driving wheels with far less tramping.

The T-Roc is all new and shiny, VW as we know never sit on their laurels. I’m sure changes are afoot already to make the good car even better. It’s what VW do.