FILM REVIEW | A Star Is Born 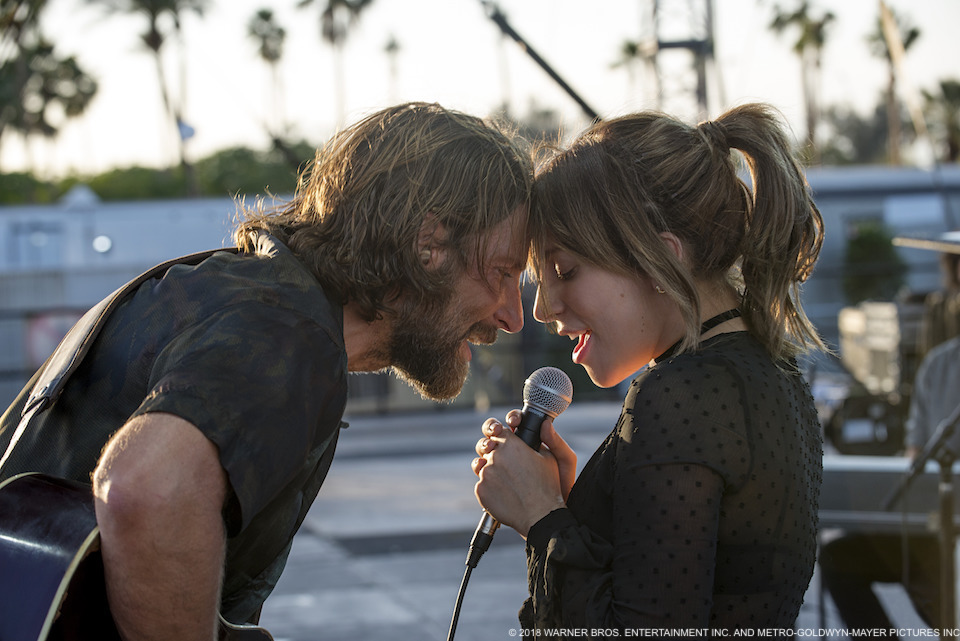 The 4th version of this movie is all very up to date but how does Lady Gaga shape up in the ultimate diva battle against her predecessor's madams Streisand and Garland?

The 4th version of this movie is all very up to date but how does Lady Gaga shape up in the ultimate diva battle against her predecessor’s madams Streisand and Garland?

Nutshell – A well-trodden story of a male superstar whose career is on the skids who falls for a nobody whose star then goes stratospheric. 1937/1954 and then 1976 this exact story has been filmed all very successfully with the first two focusing on movie stars and the last one moving it to the music industry so as Barbra Streisand can belt out her top three hit ‘Evergreen’. The success of the 2018 film depends on the talent on show namely Bradley Cooper… fucking hot as hell and Gaga who is the current queen of our gay stratosphere plus the quality of the songs. With ‘Shallow’ now atop the singles chart and the album alongside it, we very definitely have all three massive ticks in the movies credit column. Yep, this is good stuff indeed.

Running Time – 136 Minutes – Cert 15. This is a long drawn out affair maybe some of the middle songs could have been ditched.

The Gay UK Factor – Lady Gaga‘s first full length starring roll including over a dozen new great anthems what could be queerer than that? Well just to make sure that plenty of pink pounds get handed over the cinema counter we get hunky Bradley Cooper topless too for many of the scenes – maybe the first movie ever where you will wank and lip sync at the same time.

Key Player – Although this is Bradley’s directing debut and he co-wrote it and starred in it as well as singing adequately many of the songs the movie always comes to life most when her ladyship is on the screen. This is a one-woman show. She is completely stunning and steals every single scene she is in and others sag without her regal presence. Never has a movie been so aptly titled… maybe a Megastar is born here certainly a new triple threat at least.

Budget – $60 Million and its already made twice that back in just America alone – a bonafide hit plus CD sales, massive DVD sales, merchandise and with touring conglomerate Live Nation finance here this probably even a tour and stage show. This will run and run.

Best Bit – 0.44 mins; The first time Bradley forces Gaga onto a stage in front of her first big audience is a real showstopper and it’s the fantastic big new number one hit ‘Shallow’ she sings and sings fucking well.

Worst Bit – 1.25 mins; When Gaga makes it big and starts performing her own music we get a disappointing run of three sub-Ariana Grande type rejected album tracks when the film is crying out for another ‘Poker Face’ or ‘Bad Romance’. This section of the movie is as about as limp and as unfortunate as your cock after 10 pints when Tom Daley out of the blue offers you a booty call.

Little Secret – Bradley Cooper sang and recorded some scenes live from the Pyramid stage at Glastonbury in 2017 immediately before he introduced the booked act Kris Kristofferson who was the male lead of the 1976 A Star Is Born opposite Streisand. This reboot was planned by Clint Eastwood in 2011 starring Beyonce until she became pregnant then it was Rihanna, Shakira & Selena Gomez; male leads were those well-known singing talents Christian Bale, Leonardo DiCaprio & Tom Cruise. Not only does Bradley write, direct and star in the film but one of his kids appears and the dog is his own hound, Charlie.

Further Viewing – A Star Is Born 1-3, and musicals like Mamma Mia Here We Go Again, The Greatest Showman, La La Land, Bohemian Rhapsody etc plus Moulin Rouge, My Fair Lady, The Bodyguard, Strictly Ballroom and every romantic musical back to The Golddiggers Of 1933 belting out the ‘Lullaby Of Broadway’.

Any Good – A stunning directorial debut by Cooper and a film that will make Gaga into a movie legend… it could have been written for her if it wasn’t 81 years old. This just works from start to finish and the 98% new songs (Only ‘La Vie En Rose’ you will recognise) are mainly memorable and downloadable. Well acted, beautifully shot and with an earth-shattering finale and climatic number. Gaga may have just missed out on the Oscar for best song two years ago but she is now the bookies favourite for Feb 2019. This is a great original musical applied to one of the oldest and oft-repeated stories in cinema. Never mind ‘Born This Way’ it appears she was Born to act.