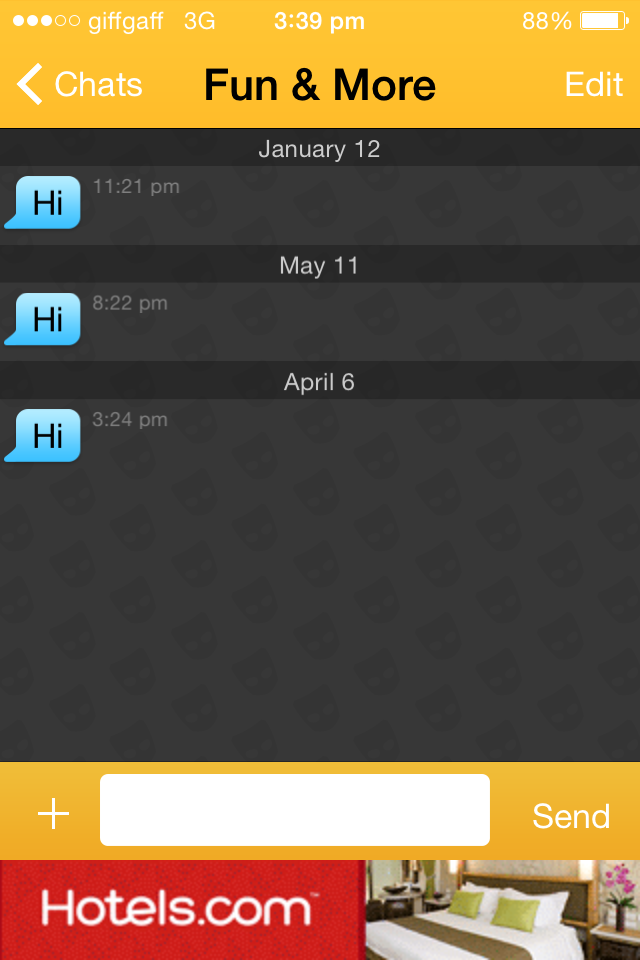 Not getting the responses you want from your dating profile perhaps there’s something you’re doing wrong. We asked our readers what were the most common mistakes they found on a guy’s profiles on dating sites and hook up apps.

Nothing says, “I’m serious about dating and maybe actually finding love online” than a picture of you, a sling and four of your most intimate friends using a power tool you could dig up pavements with. A bit of showmanship never hurt anyone, but laying it all out like it’s on a butcher’s block doesn’t scream “I’m all about the exclusivity” does it?

I mean just who do you think you are? Say what you like in a man, not what you don’t. Start the conversation positive rather than flood your online space with negativity. Plus don’t be a racist, fatist, internalised homophobic douche.

Don’t play endless games, it’s no longer the 90s. Throw away the dating self-help books that tell you, a) not to call after 6 pm, b) not to accept dates the day before, and c) to only ever show him the bedroom after the wedding day. Not only is it a massive waste of your time but let’s be honest it’s time when you could actually be jumping each other’s bones. Playing games is manipulative and no one is looking for a nasty lover, unless of course, you’re Janet Jackson.

Honesty is the best policy. Shane Greene from dating site AllMale says, “Do not try to be something you’re not, just be yourself. The possibility of finding a match online leads some men to detach from what makes them who they are offline. Many men new to online dating “beef up” their profiles with details that aren’t true hoping to somehow be better than they already are naturally.”

This may seem like a cool idea but these men quickly realise they will be attracting men who are interested in their online persona and not who they really are. You want someone who is interested in what you actually are. That requires you to be honest and accurate about yourself from the very start.”

No one likes a killjoy – stop complaining that you can’t find a date / don’t earn enough / what a douche your ex is / even your cat hates you. A dating profile is an advert. It’s about selling yourself as someone who is a stable, coherent, fun-to-be-around, loveable guy. Be smart, funny and tell us the good things about you.