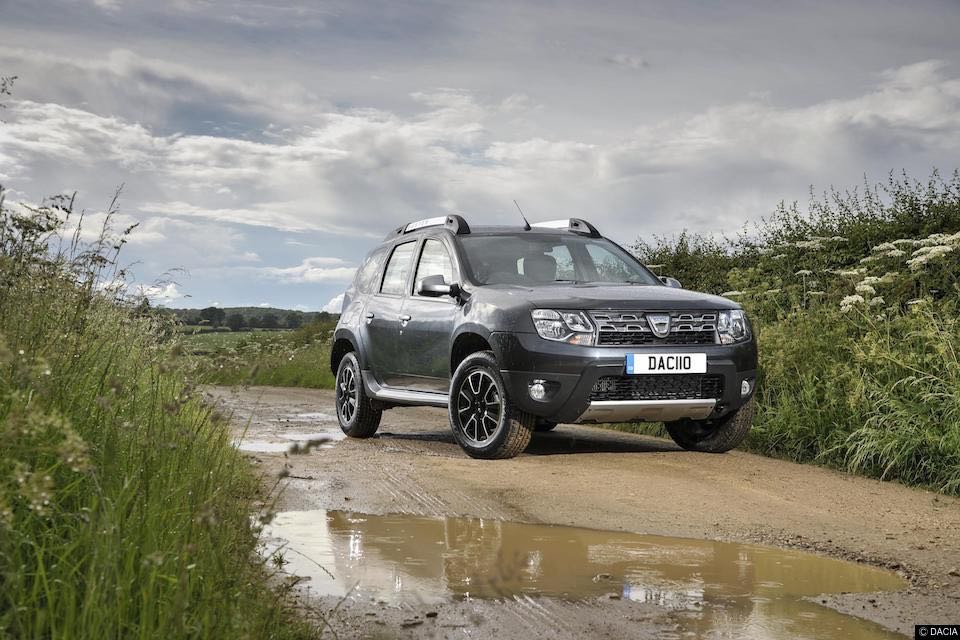 Sometimes the annoying happens. For some time now I’d wanted to try a Duster and when l managed to get hold of one I was told that it was due for replacement in 2018 but would l still like one anyway?

This got me thinking and with the Duster already being good value for money if you just take its list price as a guide only, I wondered if it would make even better sense to buy one as a run out model or just buy one now?

If you are looking for an SUV type vehicle but feel you need to steer clear of Dacia’s offerings because it seems ridiculously cheap and looks a bit gawky then more fool you. In the days where cheap cars from the Eastern Bloc really were dreadful except for the price and a warranty, then I’d understand your viewpoint. What you need to do is not only take my word for it but also judge for yourself by the number of awards, praise and accolades the Duster has achieved since its UK launch in 2012.

The advertising campaign used for the Duster is a good one too. All multitude of people from all walks of life singing “another one buys a Duster” ending with “hay, why don’t we get one too” and you should.

What you can disregard from the previous models are the engines. The £14,990 Duster Lauréate sitting on my drive came with the 1.2 TCe 125hp engine and not once did l complain. The 205Nm of torque available from 2000rpm was enough if you didn’t mind the occasional cog swap when you wanted to overtake. The little engine was incredibly sweet. Smooth and quiet. It wasn’t what l was expecting if l am honest.

The range starts from £9500 for the basic 2wd Access model that comes with no radio, through a 5 model range topping at a heady £18,400. We were given the midrange Lauréate model in 2wd. You can’t help but notice where the savings have come from and why these are such good value.

It’s pretty much a 2010 Renault Clio inside. No such bad thing to be honest. It’s tried and tested and works. You also notice a massive dial to the right on the dashboard for altering the headlight angles. Something very French and I’ve not seen in a car since the 1980s. Crude, sort of, but immensely effective. And that is the key to the Duster’s success. It’s an immensely effective vehicle.

Renault switchgear aside, the ergonomics are not. The inbuilt satnav and infotainment screen was awkwardly placed and visual information from the screen during a navigated journey would have resulted in eyes coming off the road, adjusting and then back to the road again. The talking part of the satnav works far better in practice and the commands were clear and concise. The 6-speed gearbox was a welcome standard feature if only because in 5th gear, the stick fouled against my lanky resting leg.

That is annoying for one reason, the Duster gets into its stride quite easily and on the fast roads, it is easy to relax and let the satisfactory engine performance do the rest. Fifth is a gear that isn’t needed often except for the most arduous inclines. This then makes the cruise control easier to use.

Load space is plentiful. In a car this cheap you wouldn’t be too picky about throwing everything at it. And good job too. I like to see the odd token of body colour here and there except in the boot where the load edge is uncovered and the inner of the tailgate painted. It wouldn’t take long for this to get scratched. It would infuriate me because l like the car and I’d want to look after it. Speaking of looking after it, it is ok in the put together department too. At this price, it isn’t outstanding but there was nothing I’d be too miffed about. It’s another thing the Duster does to you, you start to appreciate its no-nonsense approach to human transport.

Ride and handling are an odd balance. It’s quite French in its ways. In actuality, it’s quite old-school French. It rides with such a lovely subtle ride that pretty much caresses the irregularities of the road. This also endows it with is a lot of bump steer and corner lurching when you get busy in the S bends. Being slightly jacked up in its SUV format, this exaggerates the motion. For this alone, I would remove the ‘sports’ tag from the SUV. It will carry you great distances in comfort. Used as a load lugger or commuter car is where it is best. A sports car it is not.

It is a pretty sizeable car inside. I put it to good use in collecting some bits for a project. The rear section swallowed a whole camper van door and there was still space for other items. Folding the rear seat was simple and there are some neat locators in the trim to get the seat belts out of the way. With the seats folded they do not give a flat floor area.

Look through the options for the Duster and you’ll be surprised at how well you can spec it up. As it is, the model tested would have done me proud. For little over £2000, you can have all the individual extras available. Some of them are available in packages too. Probably the best package is the extended warranty. For £850 you get 7 years or 100,000 miles of peace of mind motoring as long as you adhere to the terms.

I’d take the Duster as it is, right now, even before the new model arrives. I don’t know about ‘another one buys a Duster’ but I’ve got brass in my pocket and I’m going to use it.