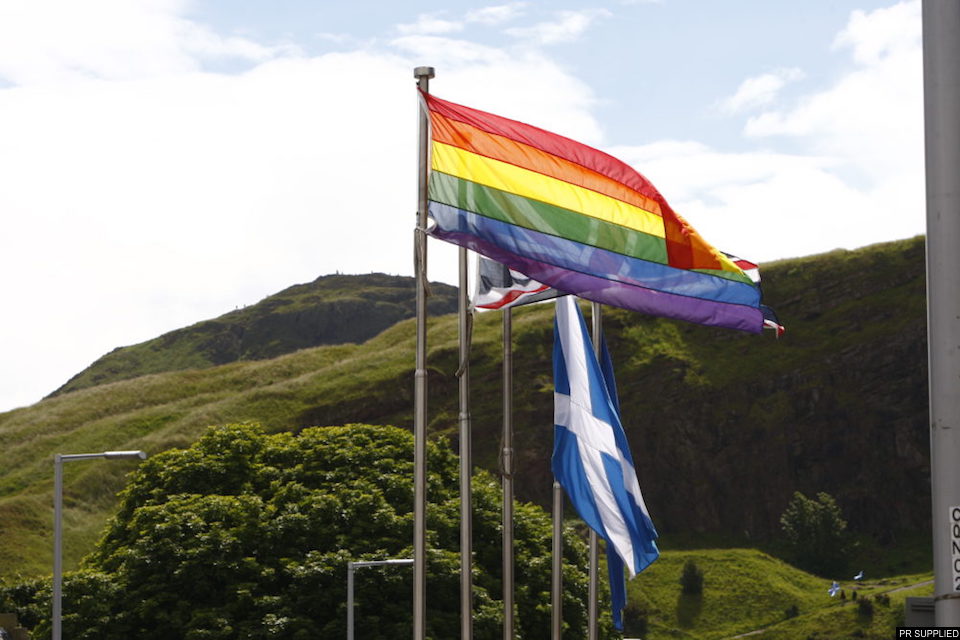 Here’s the full speech that was given by First Minister, Nicola Sturgeon, setting out Scotland’s apology to gay men convicted of sexual activity which is now legal.

I am grateful for this opportunity to address the chamber. Today marks an important milestone in achieving true equality for Scotland’s LGBTI community.

This morning, the Historical Sexual Offences (Pardons and Disregards) (Scotland) Bill was published.

Scotland has travelled so far in recent years, in relation to LGBTI equality, that it still shocks us to recall that as recently as 1980 – well within my lifetime – consenting sexual activity between men was still classed as a criminal activity in this country. And the age of consent was only lowered to 16 in 2001, two years after this parliament came into being. Before then, hundreds of people in Scotland were liable to be convicted as criminals, simply for loving another adult.

Presiding Officer, the words inscribed on this Parliament’s Mace set out the values which we seek to uphold and promote – integrity, wisdom, justice and compassion. Yet even within the lifetime of this parliament, this nation’s laws have created suffering and perpetrated injustice.

The legislation we have published today addresses that injustice. It provides an automatic pardon to men convicted of same-sex sexual activity that would now be legal.

In addition, the bill establishes a new procedure, so that people can apply to the police for their offence to be disregarded from criminal records. This means it will never appear on a disclosure certificate.

The legislation therefore has both a symbolic and a practical value. The pardon sends an unequivocal message to anybody convicted of an offence for an activity which is now legal. The law should not have treated them as criminals and they should not now be considered as such. Instead, this parliament recognises that a wrong was done to them.

And the disregard has an important practical consequence. It allows people to ensure that their past criminal record will no longer have an impact on their day to day life. And that will change people’s lives.

At present, as the Equality Network and others have highlighted to us, there are some people convicted merely of showing love and affection to their partner, who still have to explain their criminal record every time they move job or apply for a promotion. That is unacceptable and we are determined that it will end.

So the bill we are publishing today rights a historic wrong.

However Presiding Officer, I want to go further today and do something that legislation on its own cannot do. A pardon is, of course, the correct legal remedy to apply for the convictions we are talking about today – but the term “pardon” might still, to some people, imply that Parliament sees them as having done something wrong. That is, after all, a common context in which a pardon might be granted.

However, as all of us know, that is not the case here. For people convicted of same sex sexual activity which is now legal, the wrong has been committed by the state to them, not by the individuals. Those individuals deserve an unqualified apology, as well as a pardon.

That apology can only come from the government and from Parliament – not from the justice system. After all, the courts, prosecutors and the police were enforcing the law of land at the time.

The simple fact is that parliamentarians in Scotland over many decades supported or, at the very least, accepted laws which we now recognise to have been completely unjust.

Those laws criminalised the act of loving another adult; they deterred people from being honest about their identity to family, friends, neighbours and colleagues; and by sending a message from parliament that homosexuality was wrong, they encouraged rather than deterred homophobia and hate.

So today I, as First Minister, categorically, unequivocally and wholeheartedly, apologise for those laws, and for the hurt and the harm that they caused.

Nothing this parliament does can erase those injustices. But I hope that this apology, alongside our new legislation, can provide some comfort to those who endured them. And I hope that it provides evidence of this parliament’s determination, in so far as we can, to address the harm that was done.

The final point I would make is that while today’s legislation marks an important milestone in Scotland’s progress towards LGBTI equality, our journey is not yet complete.

Considering how recently it is, that the laws I have just discussed were in force, it is remarkable, and indeed inspiring, that Scotland is now considered to be one of the most progressive countries in Europe when it comes to LGBTI equality.

But as all of us know, until we live in a country – in fact, until we live in a world – where no young person suffers hate or fear or discrimination or prejudice, simply because of their sexual orientation or their gender identity, then we have still got work to do.

That’s why have promised to improve our gender recognition legislation. We know that we need to ensure that it reflects the experiences and the needs of transgender and intersex people.

It’s why I attach such importance to the Scottish government’s work with the TIE campaign – ensuring that our young people do not have to fear bullying in school.

It’s also why we are reviewing hate crime legislation – to ensure that our laws provide the right protections against bigotry and hatred.

And it’s why I hope that today’s apology – in addition to its specific significance for gay men – sends out a wider signal to the LGBTI community. The Scottish Government and the Scottish Parliament are utterly committed to delivering true equality for LGBTI people in Scotland. Wherever there are societal, cultural, legislative or regulatory barriers to achieving that, we will seek to remove them. We will never again accept laws or behaviours which discriminate against you and hurt you.

And so although today is a day for looking back and apologising for past wrongs, it is also a day which points to a better future.

And it is a day when this chamber promotes, and lives up to, our shared values – integrity, wisdom, compassion and justice.