Gardening. It’s Good For The Soul 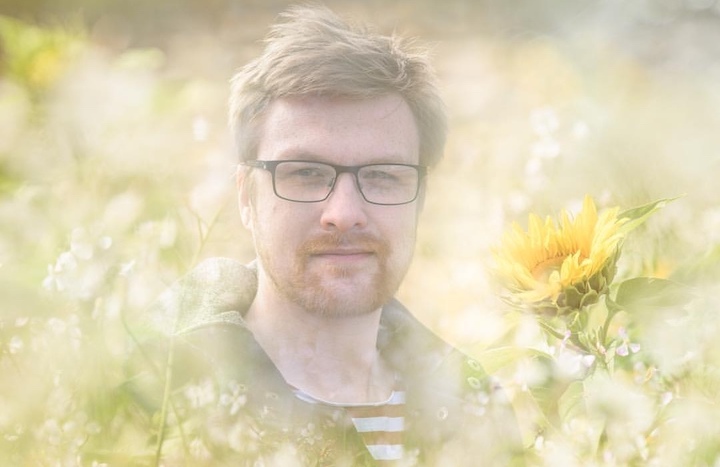 Gardening. It’s Good For The Soul

We are told that gardening is good for our wellbeing but more importantly, our mental health. Several community gardens have popped up over the past few years with this in mind and thanks to Gardeners World, it has highlighted the important impact of these and in someways championed them. They have become popular. BBC’s Gardeners World has also been mentioning the importance of gardening on our mental health almost weekly over the 2019 season.

On the 21st June 2019, I was watching Gardeners World with Joe Swift interviewing musician Will Young at his Cornwall home. Will was particularly open and candid about how his garden had helped alleviate his suffering from his anxiety disorder and how gardening grounds him with its sensory pleasures and the patience and nurturing it requires to help nurture himself. He went on to say that gardening and nature are brilliant healers. Will deliberately puts some form of gardening into his daily routine and he was more excited about his dahlia coming back than his first number 1. And quite a feat because dahlias can be fussy flowers demanding care and attention.

Is there is a link to health and wellbeing within the garden? If you’ve never been keen on gardening, find it boring, slow-paced, a bit shit, a thing your grandmother did, then you probably won’t understand the importance or get it. I’ll speak candidly about myself here and say that from a personal point of view, since having a garden I feel much more at ease with myself and the world around me. Now, this could also be because I started gardening when I turned 40 with a house move. Prior to this, I was in a flat, we had grounds but it was just grass. I never really found time to switch off when at home. I was always on the go. So it was quite a shock what happened when I got my own plot of dirt.

Now I’m not sure what happened but there has always been a nagging voice in my head called anxiety. I’ve only suffered from one serious panic attack and I can tell you, it wasn’t pleasant. I was shopping at the time and suddenly out of nowhere, I HAD to get out. I wasn’t in danger and I didn’t feel violated. I just needed to get away from the people. It took me ages to work out why my supermarket club card didn’t work for some time afterwards. I’d dumped the trolley and the scanner and legged it!

That has been my most extreme. I’ve had moments when I’ve had to return home to check the front door or most recently, the cooker. Going to my GP to discuss these symptoms and my keen interest at just going to bed and not waking up again resulted in a relatively long talk, a blood test and the offer of NHS counselling. I’ve been here before and it took over 6 months to get an appointment. That was back in 1992 and the waiting list is now much longer.

One question I was asked was “What stops you from ending it?”

Quite a finite question and to be honest, I’ve got too much to live for. And one of those things is my garden. I enjoy watching things grow. Nurturing a plant to give its fullest in its season, cutting it back and then watching it all start again in spring is quite joyous.

Evidence has shown that just 2 hours a week in the garden or a green space is good for you. Two hours. That’s not a lot of time. I can do more than that in a day on social media. Broken down, it is just 15 minutes a day. Now I can tell you, as a new gardener with a garden the size of 4 cars in length and 3 cars wide, I can spend more than 15 minutes a day in there even when there isn’t much to do.

The joy of gardening comes from experimenting and never being afraid to mix plants up, move them around or be aggressive with them. My loosestrife is an absolute bully and needs to be kept in check otherwise it’ll take over four other plants near it. And pulling out the wayward growth might be extreme and not in-keeping with well being, but in doing so I am looking after the others around it like my banana plant and daisies. 2019 saw the daisies shine with me taking control.

And this goes someway with your mental health. Taking control of a situation, no matter how insignificant it might be at the time, can have massive benefits in its outcome. Likewise, tackling the ongoing battle you have when you grow lilies with lily beetles. I wasn’t going to let them decimate my flowers and so I went to battle. I have since dug up the bulbs and moved them to pots. Again it is that going headstrong into the problem, coming up with a solution and controlling it as best you can.

But never fear to try something in the garden. It doesn’t always work. I’ve lost several plants over the years and two plants needed to be moved three times before I found their spot. Now the hypericum thrives and the bees love its bright yellow flowers. How ironic then that Hypericum (St John’s Worts) is used to support a healthy nervous system and yet here it is growing in my garden and giving me visual pleasure in all that it now does.

On January 2nd 2018, we lost motoring journalist John Slavin to suicide. He was struck by a train. He was just 30 years old. John had succumbed to his own inner demons and mental health issues. Long-standing battles with depression had started in puberty and there were many crisis episodes where John had felt suicidal. Never wanting to burden others, John had developed skills to hide his depression from those around him. I sadly never got to meet John but I remember the day well thanks to Twitter and it has stayed with me. I can’t explain it other than I could feel empathy for him and his family. It also wakes you up a bit too about your own mortality and your own health of mind, body and soul.

John loved sunflowers and following his death, motoring Journalists and friends of John, Simon Harris and Adam Binnie started up a sunflower challenge game called the John Slavin Sunflower challenge with money raised going to the CALM charity. CALM Campaign Against Living Miserably. Offers support and information to people when they need it. They exist to prevent suicide which takes 18 lives everyday and is the single biggest killer of men under 45 in the UK.

CALM were unable to respond to a request regarding statistics from their call centre but the Samaritans website shows a dark picture when you look at the statistics.

Since I started to write this piece we have now been under lock and key by the Coronavirus outbreak. As a keyworker, I have the ability to legitimately leave my home and go to work but for those who don’t, not being able to do those things we took for granted can be harrowing for most but more so if you feel isolated and alone. And that’s when having someone to talk to on the other end of a device or phone is important.

Now here is the fun part. I’m told by John’s mother, Sylvia, that he wasn’t much of a gardener and preferred to grow decaying motorbikes in the soil but he did enjoy growing things especially edible produce. And that’s all that is needed. A little bit of enjoyment from seeing something grow from seeds. Gardening is all about growing and nurturing. And there is a reward at the end. Like nurturing yourself, you can be rewarded with great blooms, misshapen peppers that you won’t find in the shops but taste 50 times better because you grew them yourself. And sunflowers are the perfect way to get quite a lot from not much so why not try.

And the growing doesn’t stop there. For John, he is remembered with growing sunflowers and sunflowers are one of the easiest things to grow. They also grow really tall from one seed so they give you so much. What’s more, sunflower seed sowing starts in April and can be done indoors from a window sill. And despite the lockdown, you can still buy sunflower seeds online so there really is no stopping you.

As for me, I’ve sort of cheated. From last year’s growth I’ve had random sunflowers start popping up around the garden. You’ll be amazed just were the seeds end up but that hasn’t stopped me starting from ground zero again.

So far the John Slavin Sunflower Challenge has raised £3,453. Come and join in the fun and the remembrance of John for 2020 here at Adam’s Just Giving page. Proceeds going to www.thecalmzone.net.

Share the link on your social media and get others on board. It’s easy to do.